The peninsula under a glacier

The peninsula under a glacier 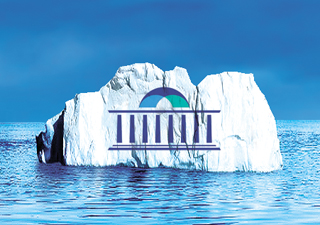 It is regretful that the recently published great memoir by former Foreign Minister Song Min-soon — which can be referred to as an Oxford Dictionary of Korean Peninsula issues, including the North’s nuclear and missile programs — has become the source of a mudslinging political fight in Seoul. Moon Jae-in, a presidential frontrunner of the main opposition Minjoo Party of Korea, who served as the presidential chief of staff in the Roh Moo-hyun Blue House during the time recalled in Song’s memoir, is running away from fact, while the ruling Saenuri Party is pressing Moon harshly with some “Trumpish” attacks to divert the public’s attention from the power abuse and corruption scandals involving Woo Byung-woo and Choi Soon-sil, key associates of President Park Geun-hye. It is no surprise that Song is lamenting the unintended offshoot of the memoir, as it breathes its own life as soon as it leaves the author’s hands.

The author of the memoir, the title of which is roughly translated as “A Glacier Moves,” participated in major diplomatic negotiations for 33 years, from starting his career as a rookie diplomat in 1975 to serving as the minister of foreign affairs and trade from 2006 to 2008. During the long period, he meticulously recorded the major events that he participated in, initiated or witnessed from a close distance. He wrote the book by reconfirming the memos with the information on the internet.

Koreans, particularly experts on Korean Peninsula affairs and foreign and security officials, often make a decision on the peninsula issue based on the memoirs mostly written by Americans or their researches. When Song wrote the memoir, he made clear his intention that he wanted to carry the burden to overcome the intellectual toadyism toward the United States.

His challenge was a success. Compared to any works by the Americans who joined in the negotiations with Pyongyang and American scholars who research the North, Song’s memoir is far more comprehensive, rich and insightful in a uniquely Korean way. But politicians have no intention of finding the wisdom to resolve the crisis of the peninsula from the book that is filled with knowledge, information and insights about the inter-Korean relations. They are only obsessed with a few lines on Seoul’s decision-making process before the 2007 UN resolution on North Korean human rights, and issue political slogans day by day while doing nothing but irritating the public.

Moon holds more than half of the responsibility for the Korean politics in Yeouido drifting along the moving “glacier.” He must have remembered clearly. In 2007, a controversy erupted at the time, as the so-called “Taliban,” armed with the progressive and leftist ideology in the Foreign Ministry and the Blue House, tried to push forward a North Korea policy that is perceived as pro-Pyongyang in the eyes of conservatives. At such a nerve-racking moment, Song, who wanted to vote for the human rights resolution to win the international community’s backing, had a fierce debate against the leaders of the Taliban — then Presidential Chief of Staff Moon, National Intelligence Service chief Kim Man-bok and Unification Minister Lee Jae-joung — on the evening of Nov. 18, 2007.

“We toned down the draft of the resolution, created by European countries, by taking out toxic clauses directly targeting the North Korean leadership,” Song wrote. “And a report came from our UN mission that Pyongyang was aware of our efforts and appreciating it. So, I strongly argued that we must vote for the resolution, because the North’s response will be something we can handle.”

Then, Kim proposed, Lee agreed and Moon decided that the South must “check” with the North if Pyongyang truly appreciates Seoul’s efforts to tone down the resolution, as our UN mission reported earlier.

It was a truly benighted decision. Anyone could easily guess that the North, if its opinion is asked, will further demand that the South abstain or vote against the resolution, since the North already secured a toned-down resolution. As expected, our National Security advisor, Baek Jong-chun, during President Roh’s visit to Singapore on Nov. 19, delivered a memo to Song. “The South must take a responsible position on the voting of the resolution,” it said, “because its stance may prompt a dangerous outcome in inter-Korean relations.”

Moon’s team didn’t even inform Song about the October 2007 inter-Korean summit between Roh and Kim Jong-il, until the final date was fixed. As a result, Seoul could not inform Washington properly in advance. Article 4 of the Oct. 4 joint declaration between the two leaders states, “ [In order to build a permanent peace regime,] the South and the North have agreed to work together to advance the matter of having the leaders of the three or four parties directly concerned convene on the Peninsula and declare an end to the war.” But Song protested the phrasing because the North might use the term “three party” as a way to exclude China or South Korea in the process.

Moon is currently facing a test. Compared to today, inter-Korean relations at the time enjoyed a kind of honeymoon. If Moon has the power to control the current situation, he must end such wasteful debates to turn the crisis into an opportunity. To do that, he must say: “I proposed that Seoul abstain from the voting because the inter-Korean relations were good at the time. I thought checking with the North had no problem. Come to think of it now, it was my misjudgment.”