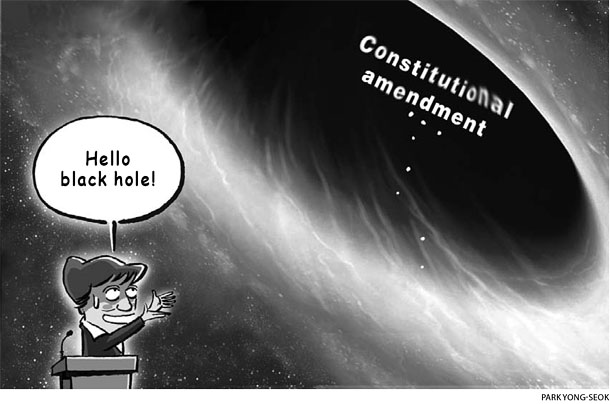 President Park Geun-hye made a bombshell announcement Monday of a government plan to amend the Constitution to change the single five-year presidential term. She earlier rejected constitutional reform, saying it would be a black hole on the political scene, preventing anything else from being done.