A cashless society is a creepy fantasy

A cashless society is a creepy fantasy 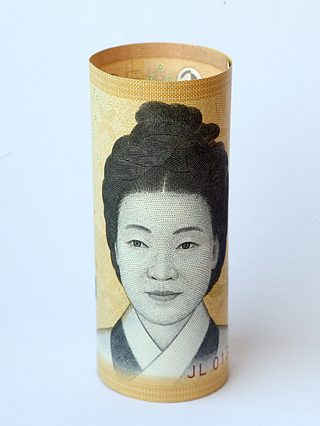 It’s fun to imagine a world without cash.

Liberated from the burden of physical currency, consumers could make purchases from the convenience of a mobile device. Every transaction would come equipped with fraud protection, reward points and a digital record of its time and location. Comprehensive tracking could help the Internal Revenue Service reclaim billions of tax dollars lost to unreported income, like the $80 I made selling a used refrigerator on Craigslist.

Drug dealers, helpless without an anonymous medium of exchange, would acquire wholesome professions. El Chapo might become a claims adjuster.

Such is the utopia recently described by Nathan Heller in the New Yorker and by a former chief economist of the International Monetary Fund, Kenneth Rogoff, in a new book, “The Curse of Cash.” But this universe is missing one of the fundamental aspects of human civilization. A world without cash is a world without money.

Money belongs to its current holder. It doesn’t matter if a banknote was lost or stolen at some point in the past. Money is current; that’s why it’s called currency! A bank deposit, however, grants custody of money to the bank. An account balance is not actually money, but a claim on money.
This is an important distinction. A claim is only as good as its enforceability, and in a cashless society every transaction must pass through a financial gatekeeper. Banks, being private institutions, have the right to refuse transactions at their discretion. We can’t expect every payment to be given due process.

This means that politically unpopular organizations could easily be deprived of economic access. Past attempts to curb money laundering have already inadvertently cut off financial services for legitimate individuals, businesses, and charities. The removal of paper currency would undoubtedly leave similar collateral damage.

The crime-fighting case against cash is overstated. Last year, a risk assessment of money laundering and terrorist financing conducted by the U.K. government found that regulated institutions such as banks (like HSBC) and accountancy service providers (like the Panamanian tax-shelter specialist Mossack Fonseca) posed the highest risk of facilitating the illicit storage or movement of funds. Cash came in a close third, but if we’re going to cite unlawful transactions as a rationale for banning cash, it only makes sense to ban banks and accounting firms first.

The one benefit of replacing cash with claims on cash is that a claim can be discounted, canceled or seized. That doesn’t sound terribly beneficial to most people, but this attribute is attractive to a growing contingent that wants to send interest rates into negative territory.

As Rogoff explains, negative-interest-rate policy is an important tool for central banks to restore macroeconomic stability. During times of slow economic growth, a lower cost of borrowing gives companies an incentive to invest and consumers to spend. Physical currency gets in the way of negative-interest-rate policy because people who don’t want to accrue negative interest can simply store their cash in a safe. By confining the national currency to regulated account holdings, the government can impose a tax on savings in the name of monetary policy.

Now if there’s one thing the population is good at, it’s tax avoidance. That’s a good part of why we’re having this conversation in the first place. If interest rates fall too far below zero, it’s possible that citizens would find an alternative form of cash. Drug traffickers certainly would. Money has been repeatedly reinvented throughout history, as shells, cigarettes and cryptographic code. Humans are resourceful.

Rogoff acknowledges this risk, and states that the removal of paper money will only be effective “provided the government is vigilant about playing Whac-a-mole as alternative transaction media come into being.” This sounds a lot like a policy employed in 13th-century China, where the use of gold or silver as a medium of exchange was punishable by death. Such is not the hallmark of a free society, but neither is the abolition of cash.

A cashless economy violates the basic laws under which currency has operated since before the Industrial Revolution. The justification for giving up a fundamental freedom is that it would clear the way for an experimental policy designed to place a tax on currency. Money may be a shared illusion, but cash abolitionists are in a hallucination all their own.


*The author is a blockchain engineer at Global Financial Access, a financial technology company in San Francisco.