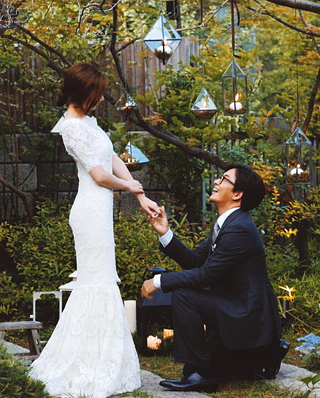 “The baby boy was delivered at a hospital in Gangnam,” the couple’s agency said Monday. “The mother and child are both healthy, and we wish for everybody to send them their blessings.”

Bae debuted as an actor in 1994 through the Korean drama “Salut D’Amour.” He is best known for starring in the 2002 drama “Winter Sonata,” which gained critical acclaim the world over and is credited for launching the contemporary Korean Wave of pop culture.

He is currently chairman of the management agency Keyeast.

Park started as a member of the K-pop idol group Sugar in 2001 and pursued a solo acting career after the group disbanded in 2006. She signed with Bae’s agency in 2014.

The two were married last July in a private ceremony.