‘Luck-Key’ keeps ‘Inferno’ from top of the charts

‘Luck-Key’ keeps ‘Inferno’ from top of the charts 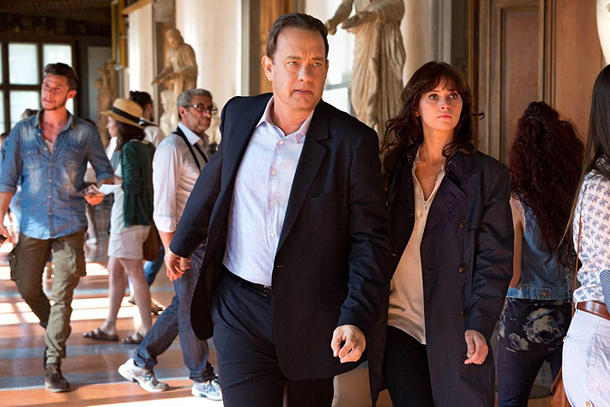 The action-comedy held onto the top of the chart by earning 4.79 billion won ($4.29 million) with the sale of 562,492 tickets over three days, according to the Korean Film Council on Monday. Helmed by director Lee Gye-byeok and starring actors Yu Hae-jin (“Veteran”) and Lee Joon (“The Piper”), “Luck-Key” has sold 4.34 million tickets, raking in 35.67 billion won in its second weekend since opening on Oct. 13.

A remake of the Japanese film “Key of Life,” the movie revolves around a wealthy, cold-hearted killer who swaps consciousnesses with a poor, unknown actor after bumping his head in a public bathhouse.

Once again starring Tom Hanks as Professor Robert Langdon, “Inferno” is another mystery thriller based on the 2013 novel by Dan Brown.

Director Tim Burton’s fantasy-adventure “Miss Peregrine’s Home for Peculiar Children” slipped one rank in its fourth week. The movie sold 43,200 tickets over the weekend, totaling 2.67 million since opening on Sept. 28. It has raked in 21.45 billion won on the Korean market.

“Queen of Walking,” starring Shim Eun-kyung, came in fifth in its first weekend. The story, which is about a high school girl who can’t ride in cars or trains because of severe motion sickness, has so far sold 62,200 tickets.

The 2011 fantasy-adventure “Harry Potter And the Deathly Hallows: Part 2,” which was re-released last week, came in tenth.