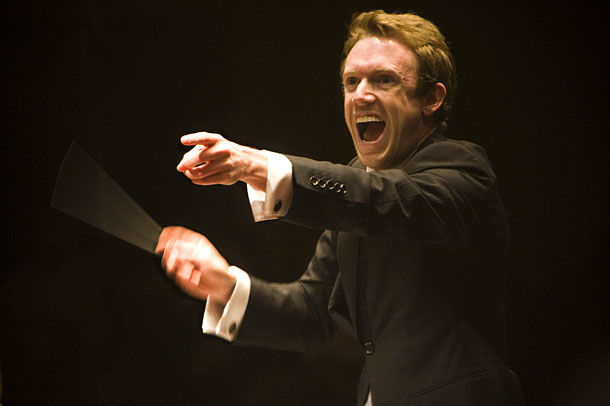 Principal conductor and artistic director of the Orchestre de Paris, Daniel Harding, above, who took the position last month, is coming to Seoul for a concert at the Seoul Arts Center next month. It’s the orchestra’s fourth concert in Seoul in five years, but the first with maestro Harding. See MUSIC, left. [VINCERO]

Nov. 2: Chung Myung-whun, former principal conductor and an artistic director of the Seoul Philharmonic Orchestra, is joining the 174-year old Vienna Philharmonic as a guest conductor for this year’s performance in Seoul.

Chung’s collaboration with the orchestra dates back to 1995, when they recorded the album “Rossini: Stabat Mater,” but this is their first time giving a performance together in Asia, exciting many classical music lovers.

The program consists of “Symphony No. 6 F major ‘Pastorale’ Op. 68” by Beethoven, and “Symphony No. 4 e minor Op. 98” by Brahms. The latter piece is known to have been composed while Brahms was imagining the Vienna Philharmonic’s tone of music. 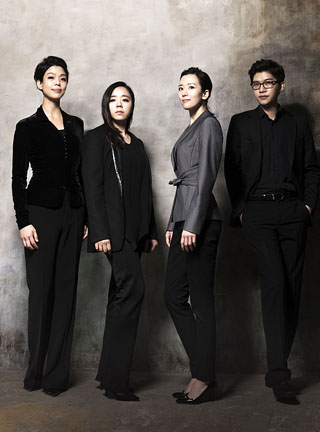 Nov. 3: “Robert & Johannes” is a series centered on Robert Schumann and Johannes Brahms, aimed at shedding new light on their classic repertoire. As a finale of the series, Quartet K (Quartet Knecht), a string quartet consisted of violinists Lim Ka-jin and Kim Duk-woo, violist Lee Soo-min and cellist Joo Yeon-son, is joining the series.

The quartet will perform pieces well suited for late autumn. In the first part, it will play “String Quartet No. 2 in a minor, Op.51/2” by Brahms, which is known for its elegant and lyrical melody. The second will consist of “String Quartet No. 1 in a minor, Op.41/1” by Schumann. The quartet was formed in 2013 and it has made itself more and more well known through its high quality performances, including its first official recital, “Death and the Maiden,” in 2014. Getting its name from the character Josef Knecht in Hermann Hesse’s novel “The Glass Bead Game,” who symbolizes a utopian intellect full of artistic capacity and creativity, the quartet strives to realize Hesse’s musical world described in the novel.

When our ears meet their dreamy melodies, the vast Icelandic fields open up in our minds. Sigur Ros’ ingenious and original style has attracted numerous directors of famous films and TV shows, leading their mood to the peak of the main scenes of “Vanilla Sky (2001),” “127 Hours” (2010), and “We Bought a Zoo (2011),” to name a few.

To Oct. 29: As the only full-length novel Oscar Wilde wrote, “The Picture of Dorian Gray,” alongside the novelist, represents the aestheticism of the 19th century.

The story “Dorian Gray,” ever since its publication in 1890, has been much loved by the public for its shocking yet sensual story. Gray is a man of perfection, having good looks, wealth, a kind heart, and everything else one can dream of.

The lead role is played by singer Kim Jun-su, a member of the K-pop trio JYJ. Kim made his debut as a musical actor in 2010, by taking the lead role in “Mozart.”

Ever since, he has appeared in a number of musicals and has been acclaimed for his talented portrayals of characters and flawless singing.

To Oct. 29: Next month, the Universal Ballet will perform the Kenneth MacMillan (1929-92) version of “Romeo and Juliet.”

Oct. 26 to Nov. 6: Director Jang Woo-jae is back with a new theatre piece, “The Journey to Geumgang,” inspired by the trip of two discharged scholars, Gyeong-sook and Gi-ji, to Mount Geumgang during the Joseon Dynasty. The play is bound to deliver invaluable life wisdom through the various encounters Gyeong-sook and Gi-ji make during their journey. 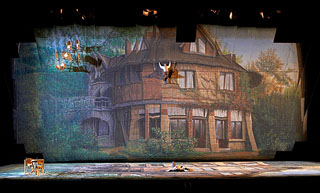 “La Traviata,” literally meaning “the woman who had gone bad,” refers to the story’s main female character, Violetta Valery. Violetta is a courtesan, working for rich, high-class men and also popular among them.

Nov. 10-20: Author Kim Hoon’s novel “Song of Strings” is reiterated as a gugak drama. Kim Hoon’s novels are well-known for telling stories through connotative words, and hence the show is drawing in interest on how it would put the words into traditional music.