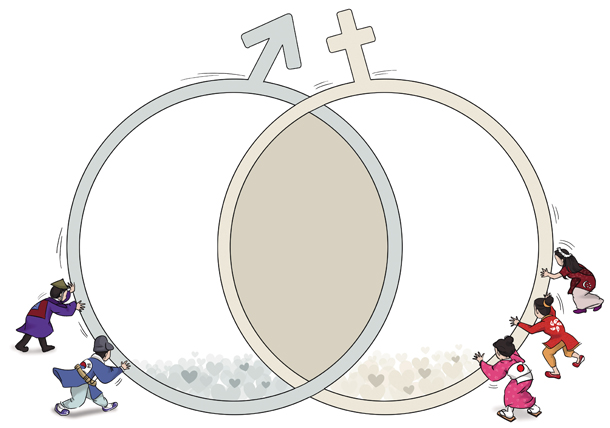 Whenever we hear someone is having a third child, we often say, “They must be very well off.” It is true. Raising kids cost a fortune. Children are more like “superior goods,” whose consumption suddenly grows as income rises.

The National Health Insurance Service research released on October 21 shows that this is not a joke. The insurance premiums were classified into five groups according to income levels. In the overall births, the portion of mothers in the two highest groups increased by 11.9 percent, from 39.2 percent in 2006 to 51.0 percent last year. In contrast, the mothers in the two lowest groups decreased by 11.3 percent, from 33.7 percent to 22.4 percent. The middle group remained almost the same, 26.2 percent to 26.0 percent. The age of birth inequality has come, as only the rich people get to have as many children as they want.

Another study released in June supports the claim. 44.6 percent of the women who decided to have no more children after having the first child say that childcare and educational expenses were the prime cause. Other reasons such as values (16.3 percent), work-life balance (15.4 percent) and unstable income and employment (10.1 percent) were far lower.

A low birth rate is not entirely a sign of despair. It has long been an established theory that when the national income grows, the overall birth rate of the country decreases. As women increasingly participate in society, the expense of raising a child and the cost for the mother surge.

However, in Norway and other Northern European countries, the birth rate has actually rebounded gently as the income continues to grow.

Demographers call it “J curve.” It does not appear in all European countries. In Southern Europe, such as Spain and Italy, fertility rate remains the same as income grows.

An Oxford University study shows that J curve does not appear in Southern Europe because of the clear distinction in gender roles, and men do not participate in housework and childcare. When husbands share housework, the birth rate increases as income goes up. Interestingly, in societies where wives are solely responsible for housework, more families decide to have only one child. Mothers feel burdened as fathers don’t participate in childcare, and they refuse to have a second child.

To hear more babies crying and laughing in Korean society, there must be an environment where fathers can actively participate in childcare. Only then, we can prevent mothers boycotting having more children out of resentment over inattentive fathers.