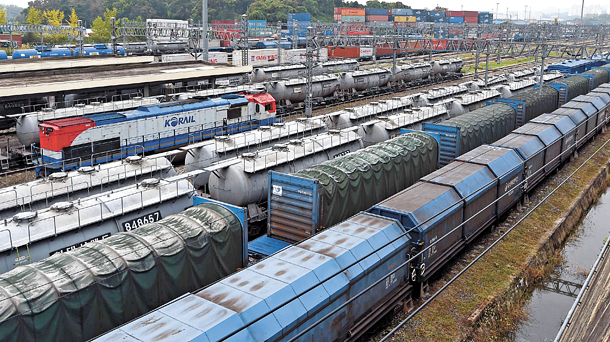 Cargo and passenger trains sitting at the Obong station in Euiwang, Gyeonggi on Wednesday as the union strike has continued for a month. According to rail operator Korea Railroad Corporation, 82.3 percent of its trains are operating while KTX’s passenger trains are in full operation. [NEWSIS]