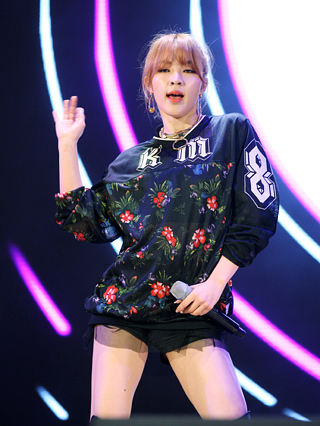 According to the singer’s agency JS E&M on Wednesday, Jeon’s upcoming single will be released on Nov. 11. The mini-album will contain two songs, both of which were self-produced by the singer.

The singer said in an interview with Yonhap on Tuesday that her upcoming track will be about giving strength to those who are stricken with tragedy.

The singer originally debuted as a member of the 5-member girl group in 2009. The group disbanded after seven years when four of its members decided not to renew their contracts with their agency. Jeon will be the first among the members that left the group to return as a solo artist.