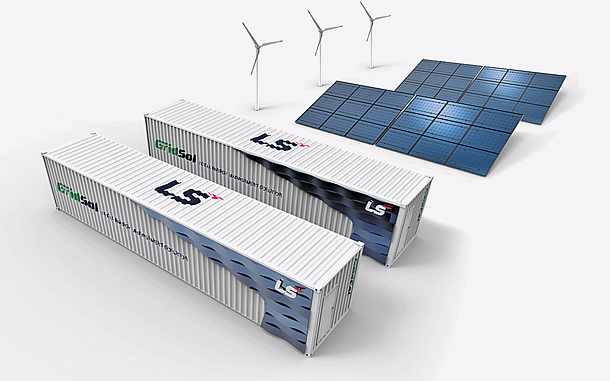 The microgrid system that will be installed on the Singaporean island. [LSIS]

LSIS, an electric power solutions provider, will take part in setting up electrical systems to make Singapore capable of supplying its own energy, the company said Wednesday.

The company will establish a microgrid system on Semakau, an island in southern Singapore.

Microgrid refers to a system that helps effective generation and consumption of renewable energy. Compared to a smart grid, a similar but larger scale project, microgrids are set up in specific areas such as schools and industrial complexes to independently produce, consume and store energy.

The project is divided into four land areas, each administered by a partner in the project: ERI, GE-Alstom, a consortium of French energy company Engie and Schneider, and LSIS.

“Semakau Island is the right place to demonstrate a stand-alone type of microgrid and energy storage system since it is exposed to the hot and humid climate of Southeast Asia, and it is also separated from grid power systems,” said General Manager of LSIS’s Smart Energy Department Ahn Sang-ho.

The project is expected to take four years, with one year spent on establishing the microgrid and testing and three years on local management and research.

Development expenses will be covered by the Singaporean government and LSIS.