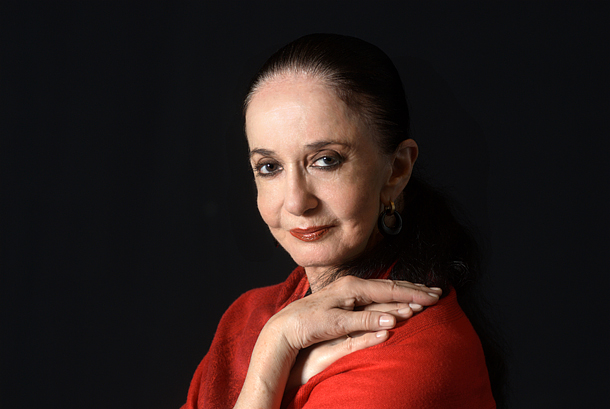 The classic ballet “Sleeping Beauty” is based on the fairy tale of the same name written by French author Charles Perrault. The famous tale tells the story of Princess Aurora, the sleeping beauty, who gets cursed into a deep sleep by an evil fairy but awakens after true love’s kiss. Even the title implies that it’s all about the beautiful princess. But in Marcia Haydee’s version of this classic ballet, the focus is on the male dancers.

“I wanted to create more for the men in this ‘Sleeping Beauty,’” said Haydee, during an interview with a handful of local media in Seoul on Tuesday.

“I always felt that in ‘Sleeping Beauty,’ the role of Carabosse, the wicked witch, was not important enough. It was always an acting role and somebody who couldn’t really dance was given the role. Also, in the original ‘Sleeping Beauty,’ Aurora dances a lot compared to the prince or the four princes in the Rose Adagio.”

After performing as a dancer in almost all the roles that appear in the “Sleeping Beauty” during her long career as a ballerina, the 79-year-old prima ballerina turned choreographer wanted to create something different, and that’s what made her to take up choreographing. 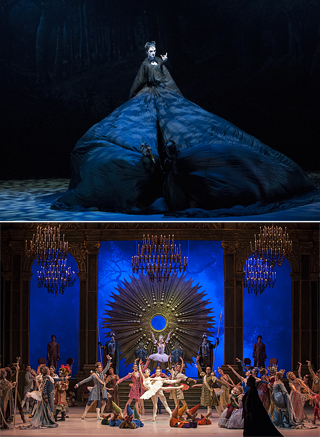 Scenes from “Sleeping Beauty” performed by the Santiago de Chile Ballet, a company Haydee directs. The production with the Korean National Ballet will kick off on Nov. 3. [PATRICIO MELO]

Haydee, who had been a muse of John Cranko, the world renowned choreographer and the founder and director of the Stuttgart Ballet, had been recognized as one of the greatest prima ballerinas during her time. She joined the leading German ballet company in 1961 upon Cranko’s request. She became the company’s principal dancer the following year and even succeeded the director position in 1976, three years after Cranko’s death.

“When Cranko died in 1973, the company wanted me to direct,” she said. “But I couldn’t. I couldn’t because Cranko was everything for me. So once he died, I didn’t even want to dance anymore. I always danced for him, not for the public. So after he died, I was lost.”

Haydee was called up by world renowned ballet companies, such as the American Ballet Theatre, to join them as their first ballerina, but she says she “somehow felt like I couldn’t leave the Stuttgart Ballet that Cranko had created.”

While she was juggling the two roles as director and dancer in the Stuttgart Ballet, Haydee said she felt the company needed a new full-length classical ballet. And since “Sleeping Beauty” is a significant ballet piece in her life, she wanted to start off with that. While thinking about who to ask to choreograph, the dancers in the company said, “why don’t you do the choreography, you know every version.”

That’s when the ballerina turned director decided to become a choreographer as well.

Since her focus was on male dancers and the role of Carabosse, she said she wanted Richard Cragun, who was her partner at Stuttgart, to take the role.

“He had a great technique and he was a very good actor as well. So I told him that I want him to be Carabosse and he said yes,” said Haydee.

“The reason I wanted to create this role for Richard was that he had always been my partner so he always had to lift me up in the air. So when I created the choreography for Richard to do Carabosse, I put him in the air by making seven of his boys to lift him up,” she added, chuckling.

Haydee will be showing off her version of the “Sleeping Beauty” with the Korean National Ballet, where former prima ballerina of the Stuttgart Ballet Kang Sue-jin sits as the artistic director, from Nov. 3 at the Seoul Arts Center.

“I brought Sue-jin into the company when I saw her under Marika Besobrasova in Monaco. Immediately, I could see that this girl had everything,” said Haydee, explaining that it’s very special for her to come to Seoul and work with the Korean National Ballet that Kang directs.

Here are some edited excerpts from the interview.

Q. Is it your first time working with a ballet company in Korea?

A. It’s my second time in Korea. The John Cranko’s version of the “Romeo and Juliet” to Korea while working as the director of the Stuttgart Ballet. That time, Sue-jin was the Juliet. It’s my first time working with this company and really it’s an amazing company. They are very quick. I’ve worked with many companies around the world and you sometimes have to repeat instructions over and over. But here, you say once and they never forget. I don’t know if you know what a great company you have. They should really be acknowledged.

Tell us about your relationship with director Kang. As I know, you’ve presented her with your Juliet costume and the ring that Cranko had given you. Is that right?

I wanted to give it to her because she was the one. Sue-jin for me is as if she’s my daughter. It was like passing down everything I had for her. I have very strong relationship with Sue-jin. I never saw myself dance but what I read and what people tell me how I was, I see it in Sue-jin. She was a big star in Stuttgart. She was the favorite of all the choreographers. I remember one day, I was feeling very [fatigued] as I was directing and dancing at the same time. Then she came into my office and said while handing me a bottle to drink, “Marcia, drink this it’s red ginseng.” She also told me to eat something spicy every morning. Still today, I do that. One day, I told her, “You are going to be a very good director,” and she said to me the same thing I said to Cranko when he told me that I was going to be a good director. I said, “I don’t want to direct, I want to dance.” When I said to Sue-jin that she’s going to be a good director, she said the same thing. So to be here, with her in her company, it feels very special.

I’ve read that you’ve been making small modifications to the “Sleeping Beauty” as you take it around the world. Did you make any changes for this production in Seoul?

Choreography is always the same. It doesn’t change. But for instance, I arrive here and see the dancers, and I approach it as if I’m creating a new piece for them and try to make sure their unique strengths as a dancer are highlighted on the stage. For example, when I saw Lee Jae-woo who was cast for Carabosse, I couldn’t believe my eyes. He’s nearly two meters high in height. He’s the tallest dancer I’ve every seen but he dances as fast as a little boy. It was so funny to see the seven boys having a hard time lifting him up. They kept saying to him jokingly not to eat and go on a diet.