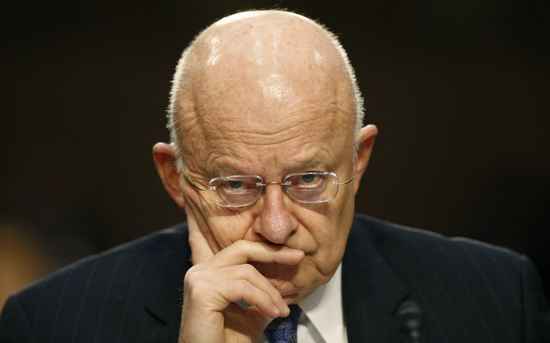 James Clapper, U.S. director of national intelligence, called the goal of getting North Korea to denuclearize “a lost cause” and said the best Washington can hope for is to put a “cap” on its weapons of mass destruction program.

“I think the notion of getting the North Koreans to denuclearize is probably a lost cause,” said Clapper, speaking at the Council on Foreign Relations think tank in New York on Tuesday, as he gave an assessment of what negotiations can accomplish in regard to the North’s nuclear program. “They are not going to do that. That [the nuclear program] is their ticket to survival.”

“I got a good taste of that when I was there about how the world looks from their vantage,” he elaborated. “And they are under siege and they are very paranoid. So the notion of giving up their nuclear capability, whatever it is, is a nonstarter with them.”

In November 2014, Clapper made a secret visit to Pyongyang carrying a letter from U.S. President Barack Obama and negotiated the release of two Americans held captive, Kenneth Bae and Matthew Miller.

The former U.S. Air Force lieutenant general added, “The best we could probably hope for is some sort of a cap,” on the North’s nuclear program.

But Clapper said that he doesn’t think there will be an Iran-style deal to put a cap on or suspend North Korea’s nuclear and missile programs.

North Korea conducted its fourth nuclear test in January and its fifth in September and conducted over 20 ballistic missile launches this year, in violation of UN Security Council resolutions.

Clapper said it is necessary to take into consideration the “worst-case assumption” in regard to North Korea’s ability to put a nuclear warhead on a missile that can reach the United States, even though there is no way to confirm that the regime’s intercontinental ballistic missiles actually work, including the KN-08.

He went onto ascribe to Pyongyang “the capability to launch a missile that would have a weapon on it that potentially could reach parts of the United States, certainly including Alaska and Hawaii.”

In terms of a strategy against such nuclear and missile threats, Clapper said there is a “military option” as well as sanctions — though he pointed out, “We’re kind of running out of gas on sanctions since we’ve imposed most of them that we can.

“A key player with respect to sanctions is, of course, China,” said Clapper.

He added that in terms of policy toward Pyongyang, “What does bother me a bit is that we don’t capitalize on our great weapon, which is information. And that’s something they worry about a lot.”

He said that the North Koreans “go nuts” over propaganda loudspeakers being activated along the demilitarized zone in the South or the dropping of leaflets by nongovernmental organization over North Korea.

Clapper said, “And so that is a great vulnerability that I don’t think we have exploited.”

The U.S. Department of State last month submitted a report to Congress outlining a detailed plan to flood North Korea with outside information to enhance its people’s international awareness.

Clapper was appointed U.S. director of national intelligence in 2010 by Obama and oversees 16 intelligence agencies, including the Central Intelligence Agency, NSA, Federal Bureau of Investigation and National Security Agency.

But U.S. State Department spokesman John Kirby said in a briefing Tuesday that while he had not directly seen Clapper’s comments, “Nothing has changed about our policy with respect to the North and that we want to continue to see a verifiable denuclearization of the peninsula.”

Kirby continued, “We want to see a return to the six-party talk process, and that means we need to see the North show a willingness and an ability to return to that process, which they haven’t done yet.”