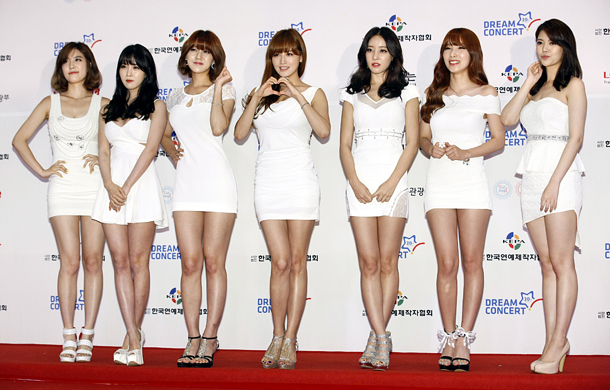 Girl group Rainbow’s official disbandment was announced by DSP Media on Friday after its members decided not to renew their contracts.
The music label said, “We tried negotiating with the members to the best of our abilities, but unfortunately they decided to walk their own paths.”

The girl group couldn’t overcome the so-called “seven-year curse,” which was coined by netizens to describe the duration of an average idol group’s existence before disbanding. The members of K-pop bands whose contracts are near expiration are often contacted with record deals from competing entertainment agencies, which separate the members.

“We want to say thank you to all of Rainbow’s fans that have supported them for the past seven years, and hope for continued support in the future,” said the company.

The girl group debuted with their first single “Gossip Girl” in 2009, originally being labeled by their agency as the successor of sister group, Kara.

The idol group is another in a wave of K-pop bands splitting up this year. Kara’s disbandment was decided in January, 4Minute’s disbandment was announced in June, and singers Minzy of 2NE1, Jia of Miss A, and Han Sun-hwa of Secret left their respective groups this year as well.