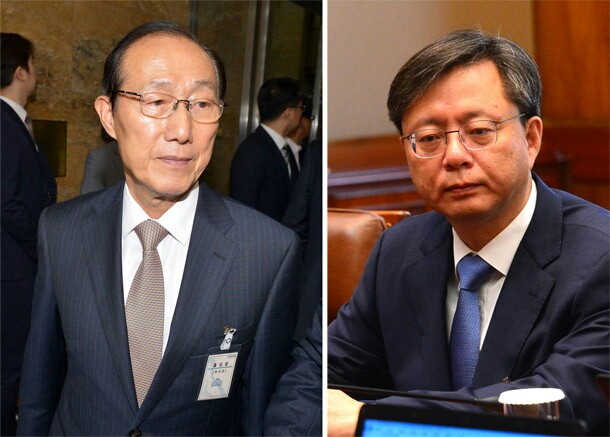 President Park Geun-hye ordered all her senior secretaries to tender their resignations, the Blue House said Friday night, following a series of allegations that a friend of the president interfered in a broad range of state affairs.

Blue House Chief of Staff Lee Won-jong already informed Park on Wednesday of his intention to resign. Park will soon appoint her new chief of staff and 10 senior secretaries of the Blue House, her spokesman, Jung Youn-kuk, said.

Park and her administration were reeling from their biggest scandal after the president’s longtime friend, Choi Soon-sil, was exposed as having far more influence than she should have — to the point of being a power behind the throne. Choi allegedly had access to top-secret national security documents, influenced personnel appointments in the Park administration, and apparently was involved in top decisions.

The ruling and opposition parties demanded a complete overhaul of Park’s cabinet and Blue House secretariat.

Earlier this month, Chief of Staff Lee adamantly denied media reports that Choi had reviewed and edited Park’s speeches in advance. Park, however, issued a televised apology Tuesday for having allowed Choi to do so, prompting criticism that the Blue House had attempted to cover up Choi’s role and power.

Among the presidential aides who were ordered to step down are Senior Civil Affairs Secretary Woo Byung-woo and Ahn Chong-bum, presidential senior secretary for policy coordination. Woo had been involved in corruption scandals, but Park resisted public pressure to fire him.

An was accused of strong-arming conglomerates to make large donations to two nonprofit foundations allegedly established and operated by Choi. Choi was suspected of misappropriating money from those foundations, pet projects of the president to promote culture and sports.

Choi is accused of creating the foundations as slush-funds for President Park after she leaves office. Park denied the allegation.