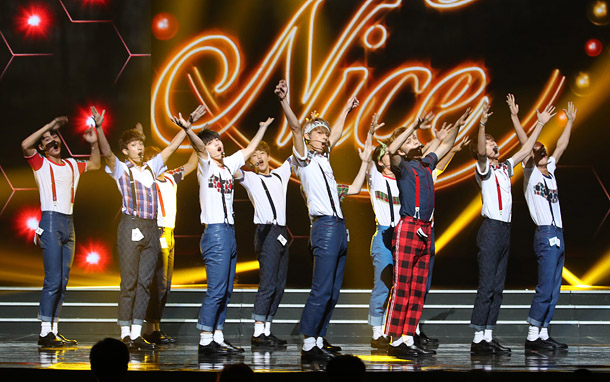 Boy band Seventeen introduced their hip-hop unit Mixtape with a brand new music video for their single “Check-In” on Tuesday.

The latest music video uploaded to the Naver V Live platform showed a darker vibe compared to what has been previously seen from the thirteen-member idol group. Comprising of members S.Coups, Wonwoo, Mingyu, and Vernon, the track was reportedly self-produced by the idol rappers themselves.

Vernon in particular became well-known for his appearance last year on Mnet’s survival reality show “Show Me the Money 4.”

This hip-hop unit is one of three project group’s that the members are categorized into, which also includes the vocal unit and performance unit. The vocal team previously released the collaborative track “Chocolate” with musician Yoon Jong-shin in February.

The music video included a message for fans that read “Stay tuned. For the next story of 17,” hinting at the comeback of the boy band.

Seventeen debuted with their first record “17 Carat” in 2015. They recently unveiled a repackaged version of their first full-length album “Love&Letter” in July.