Two defectors appointed to foundation’s board

Two defectors appointed to foundation’s board 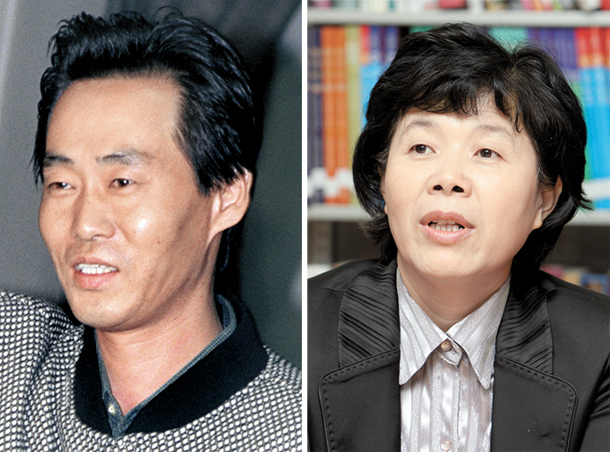 This is the first time for the foundation to assign a North Korean defector as a board member since its establishment in 2010.

Hyon Sung-il, a chief researcher at the Institute for National Security Strategy, studied English literature at Kim Il Sung University in Pyongyang and worked as the third secretary of North Korea’s Embassy in Zambia before his defection in 1996. He is a nephew of the powerful North Korean military general Hyon Chol-hae, also a member of the Workers’ Party.

Hyun Inae, a guest researcher at Korea Institute for National Unification, graduated from Kim Il Sung University, as well, and taught psychology at Chongjin University of Medicine in North Hamgyong Province. She defected in 2004.

Directors and auditors at Korea Hana Foundation are recommended by the chairman of the board and appointed by the minister of unification. Besides the two North Korean defectors, Park Chang-bong, former secretary general of the National Unification Advisory Council and current secretary general of the Community Chest of Korea, was named Monday as a member on the board. A lawyer, Lee Hyung-chul, was appointed as an auditor for the foundation.

Currently, there are 11 members on the board, whose chairman and secretary general work full time. The three newly appointed members are part-time board members.

The appointment of the two new board members this year signifies the ministry’s attempt to meet the rising demand of North Korean defectors in the South, whose number is roughly 30,000.