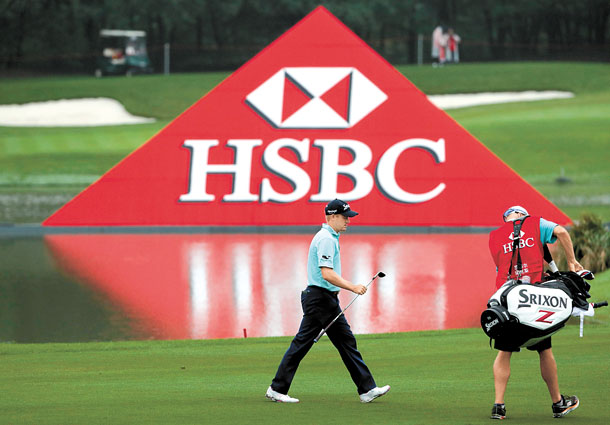 The World Golf Championship-HSBC Champions golf tournament took place last week at the Sheshan International Golf Club in Shanghai, China. PGA will be extending its reach in Asia next October, including the newly inaugurating CJ Cup in Korea. [AP/NEWSIS]

SHANGHAI - To get a sense of how much the landscape in golf is changing, consider the PGA Tour schedule next year. The Asia swing in October will have as many tournaments as the Florida swing in March.

Perhaps this illustrates the suspicions seven years ago when PGA Tour Commissioner Tim Finchem held a news conference on the final day of the HSBC Champions and whispers filled the room that it was the start of an “Asian invasion.”

That was the first year the HSBC Champions, billed as “Asia’s major,” became a World Golf Championship.

The PGA Tour added the CIMB Classic in Malaysia the following year. Justin Thomas won the seventh edition at Kuala Lumpur this year, and the next day the tour announced it had a 10-year deal with South Korean conglomerate CJ Corp. to sponsor an event in South Korea starting in 2017 that offers $9.25 million in prize money. Only the four majors, The Players Championship and the World Golf Championships have higher purses.

Two days later, the PGA Tour celebrated the opening of a new Asian office in Tokyo.

The PGA Tour Champions is going to Japan next year, though any regular PGA Tour event is not on the immediate horizon. Japan is hosting the Olympics in 2020. Any tournament beyond that likely would start with the World Cup and the Presidents Cup, which next has an open date on the international calendar in 2013.

A week’s worth of Asian developments got the attention of the players. They now have the option of playing for $26 million over three straight weeks, although those tournaments are halfway around the world.

“It just seems like we should play at home, but I’m not sure where the tour is trying to go,” said Kevin Kisner when asked about the new tournament in South Korea. “Obviously, they want to make it more of a world tour, which is great. We’re playing for $9.25 million, but not all of us want to get on a plane and fly over there and play for it.

“I’d rather have a $9.25 million purse in Aiken, South Carolina,” he said with a wry smile, because he lives off the 17th hole at Palmetto Golf Club. “The economy is not growing fast enough in the U.S. to keep asking people to throw money at us.”

The LPGA Tour, ahead of the curve by necessity, is wrapping up a six-tournament swing through Asia this week.

The PGA Tour is not headed down that road, not yet and perhaps not ever. The tour showed its strength when it remained fully sponsored domestically through the 2008 recession. The presence in Asia simply is recognizing where the growth is, and the tour would be foolish to ignore that.

Japan is the second-largest golf market in the world. Paul Johnson, who heads up international affairs for the PGA Tour, said it has 14 sponsors that have significant business in Japan, and so a Tokyo office makes sense.

Tournaments are one piece of the puzzle, and Johnson said events outside the country “energizes our fan base.”

“As sponsors globalize, we want to be in a position to work with them,” Johnson said. “There is a broader strategy that says we need to build our business outside the U.S. If you want to drive business, you have to be in the marketplace.”

No one is making players travel to Asia in October, especially after an Olympic year when three majors were crammed into a seven-week window ahead of the Rio Games.

Among those who chose to sit out the HSBC Champions without injury or illness were Jordan Spieth, Phil Mickelson, Jim Furyk and Zach Johnson. All have a history of being willing to travel except for Johnson, who hasn’t played overseas (excluding the British Open and a Ryder Cup or Presidents Cup) in a decade. Spieth, for example, is returning to the Australian Open in two weeks.

However, players might feel a need to go to Asia so they don’t fall too far behind at the start of the season. Having three events makes it easier to play in two of them, particularly if they aren’t eligible for the HSBC Champions.

Meanwhile, the Florida swing in March will have only three PGA Tour events next year because the World Golf Championship at Doral has moved to Mexico City. It will be the first time that two WGCs are held outside the United States since the series began in 1999.