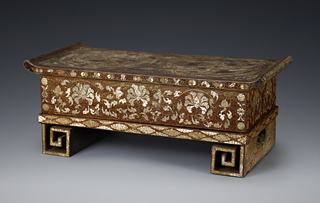 To Nov. 6:This exhibition features 40 pieces of ancient Korean paintings, sculptures, documents and artifacts related to Buddhism. Among them are seven designated National Treasures.

The “Three Jewels” in the title refer to the Buddha, the Dharma (teachings of Buddha) and the Sangha (community of practicing Buddhists), and the exhibit is divided into three sections, each of which focuses on one aspect.

The second section features illustrated or annotated Buddhist scriptures and other Buddhist texts. 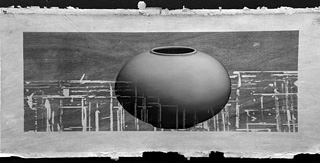 From Nov. 7 to 16: The solo exhibition of artist Choyia, or Byung-Gwun Choy, features his so-called photo-sculptures, in which his black-and-white photos of bulletin boards are printed on hanji, or Korean traditional paper, and then merged with the cutout pieces of his photos of white porcelains.

Art critic D. Dominick Lombardi wrote, “In the art of Choyia, we see and feel the construct of time as a dual narrative where distant and divergent worlds meet and attempt to coalesce, but they should not in their design. As a result, the difference between the two ‘time lines’ creates a sort of buoyancy.”

Admission is free. Go to Nambu Bus Terminal station, line No. 3, exit No. 5 and walk 10 minutes.

To Nov. 6: The title of this year’s edition is “The Eighth Climate (What Does Art Do?).” According to Maria Lind, director of this year’s biennial, it is related to an alternative world or future proposed by artists with a bold imagination.

The works by 101 teams of artists from 37 countries in the 2016 Gwangju Biennale are so diverse in their mediums and themes that they are difficult to be grouped together under anything narrower than the broad theme of “What Does Art Do?”

Some, like American artist Tyler Coburn and Russian artist Arseny Zhilyaev, present bold imaginations of the future. Others, like Spanish artist Dora Garcia and Korean artist Inseon Park, deal with the sociopolitical past and present, which can affect the future.

Admission is 14,000 won for adults. The Gwangju Biennale Hall is a 15-minute drive from Gwangju Station. 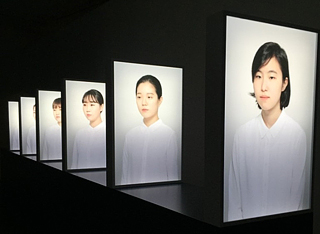 The theme of this year’s festival is the future of humans, which is “seen through the language of art and media from neither a utopian nor dystopian view,” according to Beck Jee-sook, the biennial’s curator, during an event in March.

The museum announced last month that mixrice is this year’s winner. The team deals with the issue of migration, in particular the reality that migrant workers face in Korean society.

As for Kim, he has constructed a life-size two-story building - a replica of the artist’s studio - that the visitors can enter and explore. The viewers will find drawings in the building and, also from the building’s window and small terrace, they will see thousands of drawings hanging on a black wall of the museum. Back explores new aspects of photography which the artist thinks is no longer records of facts but just pictures or images.