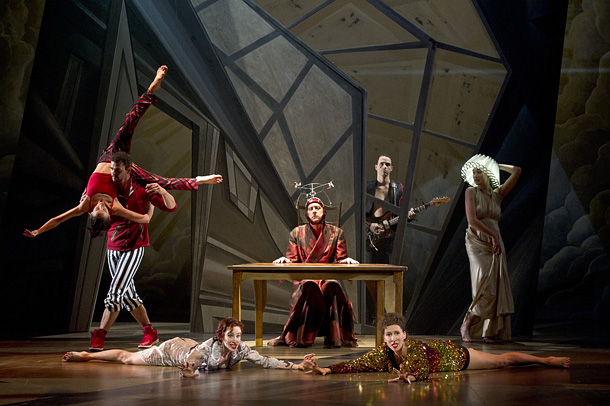 World-renowned French choreographer Philippe Gecoufls is bringing his circus and dance show “Contact” to Seoul next week. The production pays homage to Pina Pausch and one of her emblematic works called “Kontacthof” (1987). See THEATER. [LAURENT PHILIPPE]

Nov. 11-13: “Contact,” a circus and dance show created by renowned French choreographer, Philippe Decoufle, who is known for making dreamlike performances by bringing his imagination to life using magic, song and dance, will be staged next week at the LG Arts Center. The troupe, composed of 16 dancers, actors, singers and musicians, talk to the audience, adorn themselves in fantastical costumes and engage in bizarre dance moves during the show. The production also pays homage to Pina Pausch and her emblematic work “Kontacthof” (1978).

According to the LG Arts Center, those who were captivated by Decoufle’s previous work “Panorama,” which was staged at the center in 2014, will certainly enjoy this witty new production.

The show will be performed in French with Korean subtitles.

To Nov. 6: Director Jang Woo-jae is back with a new theatre piece, “The Journey to Geumgang,” inspired by the trip of two discharged scholars, Gyeong-sook and Gi-ji, to Mount Geumgang during the Joseon Dynasty. The play is bound to deliver invaluable life wisdom through the various encounters Gyeong-sook and Gi-ji make during their journey.

Known for his unique plots, Jang once again tells an absorbing story full of deep contemplation on life. He made his theatrical debut in 1994 with “20 Meters from the Ground,” which was performed in Daehak-ro, the cradle of the Korean theatre world. Directing “This is Home,” released in 2013, marked his most glorious period, leading him to the award for best play at the 6th Korea Theatre Awards.

“La Traviata,” literally meaning “the woman who had gone bad,” refers to the story’s main female character, Violetta Valery. Violetta is a courtesan, working for rich, high-class men and is also popular among them. 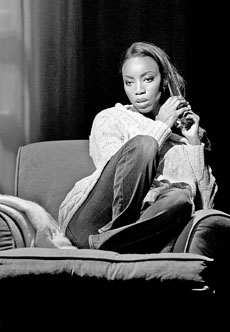 Dec. 15 to Mar. 5: The hit 1992 film “The Bodyguard” that was turned into a stage musical in 2012 will be presented in Seoul next month. The musical featuring songs that are familiar to the ears of both the young and old, such as “One Moment in Time” and “I Wanna Dance with Somebody,” will be presented by the Korean production. The show premiered with previews at the Adelphi theatre in London’s West End in November 2012.

For the upcoming production in Korea, veteran musical actress Jeong Sun-ah and singers Lee Eun-jin, also known as singer Yangpa, and Son Seung-yeon, have been cast as Rachel Marron. Actors Lee Jong-hyuk and Park Sung-woon, will alternate the role of Frank Farmer.

Nov. 3: “Robert & Johannes” is a series centered on Robert Schumann and Johannes Brahms, aimed at shedding new light on their classic repertoire. As a finale of the series, Quartet K (Quartet Knecht), a string quartet consisted of violinists Lim Ka-jin and Kim Duk-woo, violist Lee Soo-min and cellist Joo Yeon-son, is joining the series. 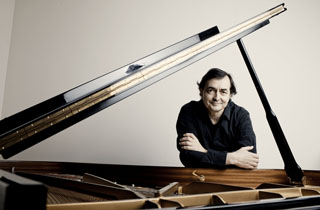 When our ears meet their dreamy melodies, the vast Icelandic fields open up in our minds. Sigur Ros’ ingenious and original style has attracted numerous directors of famous films and TV shows, leading their mood to the peak of the main scenes of “Vanilla Sky (2001),” “127 Hours” (2010), and “We Bought a Zoo (2011),” to name a few.

Jan. 11: The nine-time Grammy Award winning rock band Metallica is commencing their Asian tour in Seoul, marking four years since their latest performance in the country in 2013. The comeback is in celebration of the release of their newest album “Hardwired…To Self-Destruct,” which is set for release on Nov. 18.

The band was formed in 1981 by drummer Lars Ulrich and guitarist and vocalist James Hetfield, and has grown into one of the most influential and commercially successful rock bands in history. They have sold at least 110 million albums worldwide, and have travelled the world to play for their fans. When Metallica held a concert in Antarctica, it even earned itself a spot in the Guinness Book of World Records for being the first act to play on all seven continents within a year.

Nov. 10-20: Author Kim Hoon’s novel “Song of Strings” is reimagined as a gugak drama. Kim Hoon’s novels are well-known for telling stories through connotative words, and hence the show is drawing in interest on how it would set the words to traditional music.