Park appoints Han Gwang-ok as her new chief of staff

Park appoints Han Gwang-ok as her new chief of staff 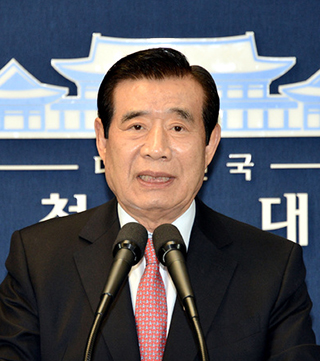 Han, 74, is a political heavyweight in the Jeolla region and a loyalist of the late President Kim. He joined Park’s campaign in 2012 to promote national unity and solidarity and later appointed as the chairman of the Presidential Committee for National Cohesion. The late Kim was the strongest political adversary of Park’s father, the late strongman Park Chung Hee.

Hur is a former journalist of SBS. He was elected as a lawmaker in 2008 in Busan and served as a vice chairman of the Korea Communications Commission from 2014 till 2015.

In an attempt to salvage her sinking presidency, Park has been making a series of reshuffles. On Sunday, she appointed new senior secretaries for civil affairs and public affairs. On Wednesday, Park nominated Kim Byong-joon, a key aide to the late President Roh Moo-hyun, as her new prime minister.