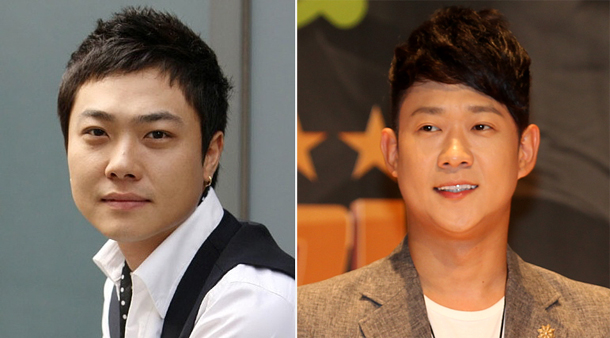 According to the members of the boy band on Monday, the group is hard at work preparing for their upcoming record, with its members undergoing a weight loss transformation in the process.

Band member Cheon Myeong-hun made headlines by uploading a before and after picture of himself after he lost 10 kg. The singer said he followed fellow band member Noh Yu-min’s diet routine after Noh lost 30 kg.

“After we disbanded and started working as individuals, we became more lax with our bodies,” Cheon said. “I gained weight up to the point where it was nearly impossible for me to perform on stage.”

The group previously revealed their intentions to reunite on Oct. 22 during their fan meeting celebrating their 19-year anniversary at the KT Square at Jongno District, central Seoul. The group said they were inspired by the success of recently reunited boy bands, including Sechs Kies and g.o.d.

“We wondered when would be the right time if not now,” added band member Lee Seong-jin, who has been avoiding public attention for seven years due to scam and gambling allegations.