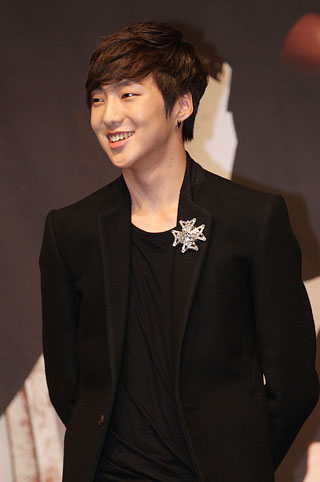 According to the television network on Monday, the singer will be filling a vacant spot made from the departures of former members Eun Ji-won and Lee Seo-jin.

The SBS travel-themed reality show takes a real-time poll through a live stream broadcasted on the Naver V Live platform. The travel destinations and activities are decided by viewers, changing the outcome of the program as the show progresses.

Eun and Lee, who are both members of the recently reunited boy band Sechs Kies, departed the show due to their commitments to the group.

Kang has previously made a guest appearance on the show with fellow idol singer Solji of the girl group EXID.

The singer received positive reception by netizens for his sense of humor and chemistry with the cast members.

Meanwhile, the producers of the show have yet to decide on who to cast to fill the remaining vacancy on the show.