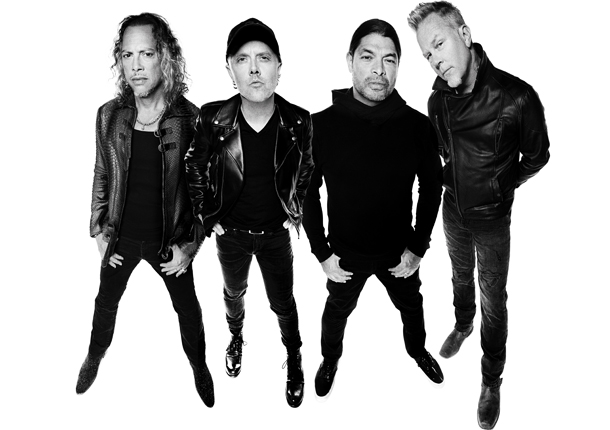 Legendary rock band Metallica is coming to Seoul as part of its Asian Tour, marking four years since their last performance in the country in 2013. For the concert in January at the Gocheok Skydome Stadium, the band will perform their hit songs as well as songs from their newest album “Hardwired... To Self-Destruct.” See MUSIC, left. [ACCESS ENT]

Jan. 11: The nine-time Grammy Award winning rock band Metallica is commencing their Asian tour in Seoul, marking four years since their latest performance in the country in 2013. The comeback is in celebration of the release of their newest album “Hardwired…To Self-Destruct,” which is set for release on Nov. 18.

When our ears meet their dreamy melodies, the vast Icelandic fields open up in our minds. Sigur Ros’ ingenious and original style has attracted numerous directors of famous films and TV shows, leading their mood to the peak of the main scenes of “Vanilla Sky” (2001), “127 Hours” (2010), and “We Bought a Zoo” (2011), to name a few.

Dec. 4-5: Symphonieorchester des Bayerischen Rundfunks (BRSO), one of the top symphony orchestras in Germany, is making a visit to Seoul with its long-time collaborator Mariss Jansons. Jansons is a much acclaimed conductor, recognized for his profound contribution made to the Dutch music world. For BRSO, the upcoming show marks the orchestra’s third performance in Seoul. 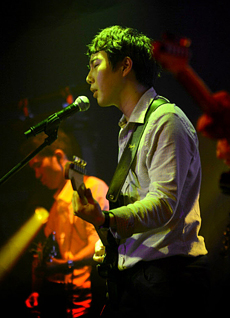 Dec. 30-31: Singer-songwriter Jang Beom-june is getting ready to warm up the audience’s heart through his year end concert.

Jang is famous for writing most of his songs for himself, and his unique voice adds to his popularity. His truthful stories and emotions in his songs have always captured listeners’ hearts. 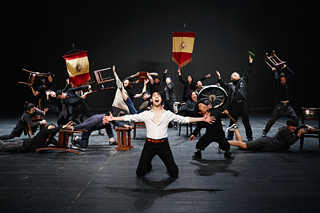 Nov. 10 to Dec. 4: The popular Shakespeare play “Pericles” is coming to the stage. Its director, Yang Jung-ung, is famous for having worked on a number of Shakespeare pieces, such as “A Midsummer Night’s Dream,” “Twelfth Night” and “Romeo and Juliet.”

Director Yang’s “Pericles” had its premiere last year, and was awarded the Production Prize at the Shakespeare Awards in the same year. The show’s stage is grand and decorated with 50 tons of sand.

Nov. 11-13: “Contact,” a circus and dance show created by renowned French choreographer Philippe Decoufle, who is known for making dreamlike performances by bringing his imagination to life using magic, song and dance, will be staged next week at the LG Arts Center. The troupe, composed of 16 dancers, actors, singers and musicians, talk to the audience, adorn themselves in fantastical costumes and engage in bizarre dance moves during the show. The production also pays homage to Pina Pausch and her emblematic work “Kontacthof” (1978).

According to the LG Arts Center, those who were captivated by Decoufle’s previous work “Panorama,” which was staged at the center in 2014, will certainly enjoy this witty new production.

The show will be performed in French with Korean subtitles.

“La Traviata,” literally meaning “the woman who had gone bad,” refers to the story’s main female character, Violetta Valery. Violetta is a courtesan working for rich, high-class men and is also popular among them.

The musical featuring songs that are familiar to the ears of both the young and old, such as “One Moment in Time” and “I Wanna Dance with Somebody,” will be presented by the Korean production. The show premiered with previews at the Adelphi theatre in London’s West End in November 2012.

Nov. 10-20: Author Kim Hoon’s novel “Song of Strings” is reimagined as a gugak drama. Kim Hoon’s novels are well-known for telling stories through connotative words, and hence the show is drawing in interest on how it would set the words to traditional music.