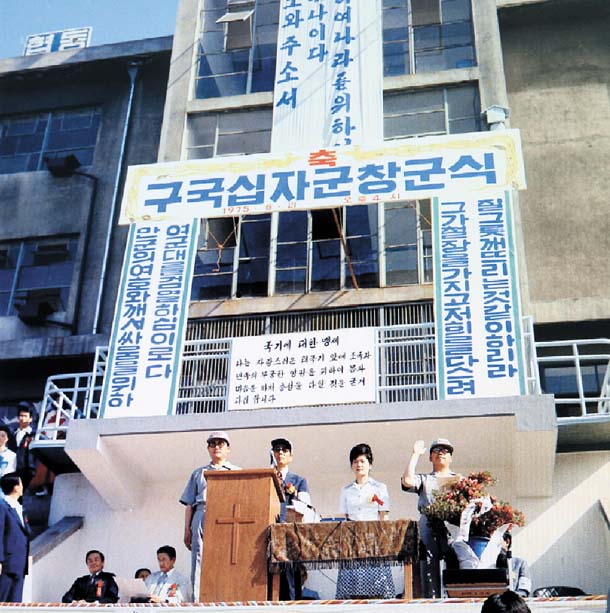 In a two-part series, the Korea JoongAng Daily will run excerpts of Choi Tae-min’s memoir, written in 1988 by Tahk Myeong-hwan (1937-94), a Korean expert on cults. Choi Tae-min is the late father of Choi Soon-sil, who allegedly had access to top-secret national security documents, influenced administration personnel appointments, strong-armed conglomerates into donating lavish sums to foundations and was involved in major decisions, all primarily through her personal relationship with President Park Geun-hye. -Ed.

After first lady Yuk Young-soo, mother of President Park Geun-hye, was assassinated on Aug. 15, 1974, the Blue House fell into despair. According to Tahk Myeong-hwan’s memoir on Choi Tae-min, it was then that the cult leader decided to write a long letter to Park, saying he could help her meet her mom in her dreams.

Then-President Park Chung Hee’s security guards initiated a security check on Choi and eventually came to Tahk, asking for information on him. Tahk, a researcher on Korean cults, handed them a book written by Choi on the theology of Yeongsegyo, literally “Spiritual World Religion,” which he established years before. In the book, Choi was described as the “royal messenger” of the group.

It was around that time that Choi was granted free access to the presidential office, wrote Tahk. Although there were “mixed opinions” in the administration about him, the president and his close aides eventually chose to support whatever pleased Park Geun-hye.

Korean Christians were critical of President Park Chung Hee’s dictatorial regime, and after meeting with Park Geun-hye, Choi wanted to establish a pseudo-Christian group in order to change that. He soon would go on to found Daehan Guguk Sipjagun, literally the “Korea Nation-Saving Crusaders,” an idea shared by Park Geun-hye.

In April 1974, Choi founded a missionary group named Daehan Guguk Seongyodan, literally “Korea Nation-Saving Missionary Group,” and worked as its president. In May, he hosted a ceremony vowing to eradicate communism and pledged to militarily train 5,000 pastors across the country. In June, he established the Korea Nation-Saving Crusaders and appointed Park Geun-hye as the honorary president.

Choi’s goal was to gain 200,000 members, and it did not take long before people who were hungry for political power began flocking to his group.

Choi would always wear dark sunglasses and “wastefully spend money as if it were water,” Tahk wrote in his memoir. There were rumors Choi would randomly give 1 million won ($874, or $4,500 today) to his grandchildren and tell them to buy candy with it.

When Choi’s daughter got married, the wedding hall was packed with high-level government officials and business gurus. Choi and his Crusaders were only interested in finding sponsors and accumulating wealth, according to Tahk. Their only work was to sit in their office and call chaebols, dropping Park Geun-hye’s name so that businesses could not refuse to donate.

When Choi told companies that he was close to Park Geun-hye and she “needed” their financial contribution, they would “freeze,” wrote Tahk. One time, a former close aide of Choi told Tahk that Choi had also contacted construction companies and volunteered to help them win work contracts, receiving commission fees in the end.

Among Choi’s fervent followers were pastors of various Christian branches, including the Baptist and Methodist churches. They were religious leaders who were revered in their respective communities and held enormous social influence, and their support was evidence of the amount of power Choi had gained.

On Aug. 14, 1975, a year after Park Geun-hye’s mother was killed, Choi hosted a ceremony at a national cemetery to commemorate the anniversary of her death. A tribunal service was held, but because Choi was a “fake pastor,” all he could do was “circle around Park Geun-hye.”

Wherever there was money, there was Choi, wrote Tahk.

After President Park Chung Hee was assassinated by the director of the national intelligence agency on Oct. 26, 1979, Choi was questioned by prosecutors for allegedly stashing away government funds. The probe went on for a month, but it ended when Choi put all the blame on Park Geun-hye, making it difficult for authorities to move forward with their investigation.