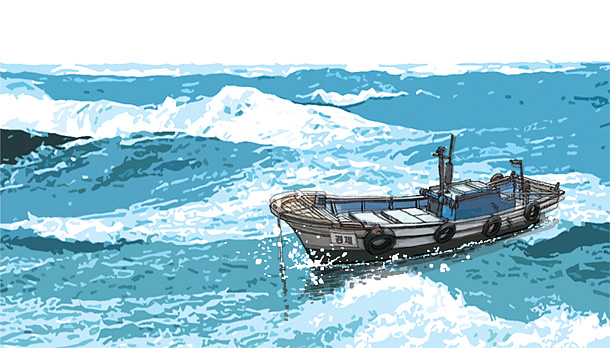 The state must go on even when its authority and democratic legitimacy is shamed. The country must be run even when the elected president is stripped of power and pushed to the backseat. It should stay intact even when shaken by strife. I firmly believe this country of ours will not be shaken when the president steps down or is forced to.

But the economy is entirely different. If the economy shakes, the country could crumble. The leadership of President Park Geun-hye has been pronounced dead after she has been found to have given her power to her friend, Choi Soon-sil. The sovereignty of the nation lies with the people and all the powers are bestowed upon by the people as stipulated in the first article of the Constitution. The president has soiled the power the people granted her. She let Choi trample over state affairs and undermine the Constitution. Park already has lost presidential eligibility. The people are enraged. The administration, executive office and legislature are lost. They do not pay any attention to the public voice. They are entirely engrossed in the race to seize power.

Politics cannot run alone. It is destined to reach the economy. Political unrest translates into economic instability. The Republic of Korea is in its worst crisis. The data all points to danger. Production, consumption and investment in September have all lowered from the previous month. Exports are in a downward spiral. Overseas confidence in Korea, Inc. has weakened.

Pending economic problems are bubbling. Troubled shipping and shipbuilding industries are already shedding jobs. The U.S. presidential election outcome could rock the global and Korean economy. Household debt is brimming near 1,300 trillion won ($1.13 trillion) and ready to burst once the U.S. Federal Reserve lifts interest rates. The financial markets are dangerously wobbly. Economical fundamentals are at the bottom. When the economy goes down the cliff, the working and middle-class make the biggest casualty case.

Because of the delayed confirmation, the deputy prime minister in charge of the economy is either two or none. The chaos is deepening and anxieties are building. The incumbent deputy prime minister for the economy and finance minister, Yoo Il-ho, has been told to step aside. He is hardly in a position to take command. His replacement, Yim Jong-yong, the former chairman of the Financial Services Commission, cannot step right in. He currently heads the economic cabinet meeting, but cannot legitimately claim the title. His confirmation hearing cannot be scheduled unless the ruling and opposition parties make a compromise.

Kim Byong-joon was never meant to be prime minister. As soon as the president nominated him without the consent of the legislature, he lost the qualification. He said he did not want to be a stumbling block.

The problem is the nomination for the deputy prime minister for the economy Yim. Managing the economy cannot be further delayed. The candidate for the new economic chief need not be removed together with the prime minister nominee.

The humbled president went to the legislature and relinquished the authority to name the next prime minister. The legislature now has the power to organize a nonpartisan or bipartisan cabinet. But it would take some time to find a candidate all the rival parities would agree on.

The ruling and opposition parties won’t likely yield easily, given the huge political gain or loss at stake. Naming the deputy prime minister for the economy could be deferred until there is an agreement on the choice for prime minister. Amidst the political wrangling, we cannot imagine where the already lackluster economy will end up.

Anger won’t help the economy. We need a practical solution. The deputy prime minister for the economy should be named first. It would be perfectly legitimate if the incumbent prime minister appoints a qualified candidate and gains approval from the legislature. The Blue House has already surrendered nomination authority to the legislature. The political parties should recruit a candidate that could best navigate the economy in an emergency.

The nomination of the deputy prime minister simply requires an approval from the legislature’s standing committee on economy. A separate confirmation hearing is unnecessary. The rival party lawmakers have to discuss whether the candidate is capable of saving the sinking economy. The new economic chief should go straight to work.

The people remain calm even when their constitutional rights have been violated. They are going their ways and trying to do their best in such tough times. Their commitment has made this country come a long way. There were difficult times before, but that never stopped us.

The current disaster shouldn’t stop us either. The president and prime minister nominee can step back, but we need an economic chief. What this country needs most of all is a commander to fight this economic battle.