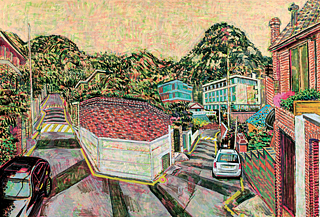 To Sunday: The exhibition features paintings and prints by artist Min Joung-ki, 67, one of the leading figures of the Korean minjung art movement in the 1980s and early ’90s. Minjung art, which literally means the people’s art, refers mainly to realist paintings with strong political or social messages against the Korean military regime of the ’80s and later conservative politics.

The 27 large-scale paintings on view are mainly urban landscapes that Min created in recent years. The exhibition also shows 55 pieces of prints he created in the 1980s with dark social messages.

The museum is closed on Mondays. Go to Anguk Station, line No. 3, exit 1, and walk for 10 minutes.

The exhibits range from familiar works by Korea’s most admired artists such as painters Kim Whanki, Park Soo-keun and video art pioneer Nam June Paik, to works that have not been exhibited for decades for a variety of reasons. Works by famous foreign artists and hot Korean contemporary artists are seen in the “Interpret Par 2 - Relation” section. 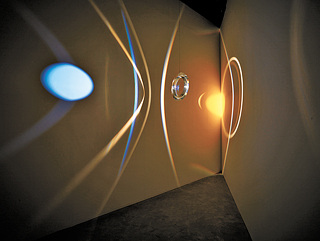 To Feb. 26: The solo exhibition of Olafur Eliasson, one of the world’s major artists, features his 22 works of diverse media, in which poetry and science coexist.

The highlight is the installation “Rainbow Assembly,” which has water falling from sprinklers installed in a circle on the ceiling. In the light, the mist shines white against the dark. If viewers go through the veil of mist and stand inside the circle, they will see rainbows shimmering and undulating around the water curtain.

Including the installations “Reversed Waterfall” and “Your Museum Primer” on view in this exhibition, Eliasson’s art in general encompasses a certain perception of nature and brings the natural world from the outdoors to inside museums.

Admission is 8,000 won for adults. The museum is closed on Mondays. Go to Hangangjin Station, line No. 6, exit 1, and walk for five minutes.

The works encompass Knight’s very early black-and-white photos of skinheads and their subculture in the late 1970s; his digitally-modified fashion photography in the 1990s; and his latest moving images and films about fashion. These serve to highlight his diverse oeuvre.