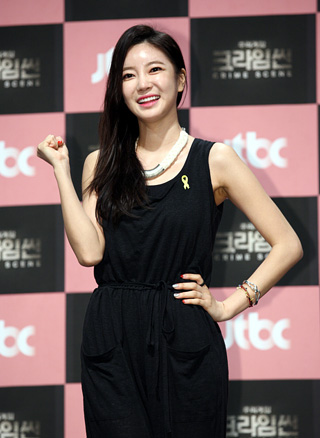 Pop star NS Yoon-G and singer-producer Chancellor have been confirmed to be in a relationship.

According to the producer’s agency Brand New Music on Wednesday, the two have been dating for nearly two years, although it is unclear when they first met.

Chancellor produced NS Yoon-G’s single “Wifey” in 2015. According to Ilgan Sports, their relationship developed as they became closer through their music.

The producer was previously a member of the hip hop group One Way under the name “Chance.” He went on to form the renowned production team Duble Sidekick as a producer, and has collaborated with popular K-pop acts such as 2PM, Sistar, and Super Junior. He has since left to pursue a solo career, signing under his current agency.

The pop star debuted in 2009 with her first single “My Head Hurts,” and has consistently maintained a reputable music career. She originally made headlines at the time of her debut for being the cousin of Kang Ji-young, who was a former member of the now defunct girl group Kara.