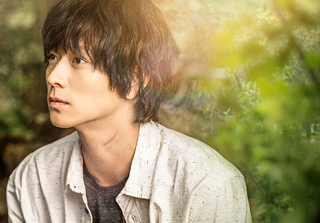 Vanishing Time: A Boy who Returned (12)

Seong-min, played by Kang Dong-won, is a young boy who has lived a lonely life for years. However, when Soo-rin, played by Shin Eun-soo, moves into his village, it feels as though he’s found his soulmate. Soo-rin also happens to be a lonely girl, having lost her mother in a car accident. The two soon become close and slowly cure each other’s wounds, sharing secret codes and hideaways.

Soo-rin, scared that Seong-min might one day leave her as well, makes him promise to never abandon her, but this promise later becomes the source of much pain and solitude for Seong-min.

One day, they set out with their friends to a nearby mountain, but all of the children except Soo-rin mysteriously disappear, putting the whole village in panic. Soo-rin is left alone unable to do anything but make wild guesses on where he could be.

A few days later, however, a grown-up appears in front of her eyes, insisting that he’s Seong-min.

Could this possibly be a magical reunion of the two?

Actor Kang Dong-won is an all-time favorite of female moviegoers, having gained many fans after starring in the film “Romance of Their Own” (2004).

Fantastic Beasts and Where to Find Them (12)

Harry Potter fans may have felt sad walking out of theaters after watching the last movie of the series, but another magical adventure from Harry Potter author J.K. Rowling is coming to screens, ready to take them on another enchanted journey.

This time, the stage is New York in 1926. A British sorcerer named Newt Scamander, played by Eddie Redmayne, steps into the United States with a bag full of magical creatures. His aim is to gather the magical living things roaming around the world.

While Scamander passes by the bank, however, Niffler, a magical creature that has a predilection for anything glittery, escapes out of Scamander’s bag. While trying to fix this matter, the problem grows even bigger when Scamander’s bag gets switched with another’s, and other creatures end up escaping as well. With stray magical creatures crisscrossing New York, an unexpected plot unravels in front of the sorcerer’s eyes.

David Yates, who took on as the director of the Harry Potter series since its fifth movie, is directing the film, adding to fans’ expectations of immersing themselves in the typical magical mood once more. 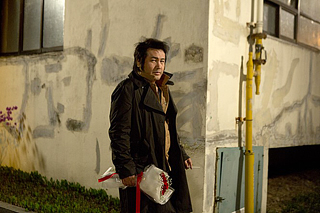 Actor Kim Bo-sung, who’s been an action movie icon, is making his first trial at starring in a romantic piece. The film is expected to draw out a new side from the tough actor, adding a special element to the film compared to other usual romantic movies with charming lead roles. The actor’s fresh trial as a new character is gaining much attention from viewers.

Dong-ha, played by Kim Bo-sung, is an actor in his 40s, but has failed to take part in a hit film in years. He lives his days in much depression and frustration, unable to do anything productive for his wife and children. The only bright side of his life is thinking about his past as a glorious actor - his only joy is to escape from reality and reminisce about the old days.

As he lives in much lethargy, a friend calls him over to take part in a gathering to go mountain hiking, and that morning at the gathering, Dong-ha meets his first love Eun-jeong, played by Ban Min-jeong.

As he spends more and more time with Eun-jeong, Dong-ha finally feels as though he’s found a source of happiness in his meaningless life. This, however, cannot be good news to his family.

The film shows the internal and external conflicts as Dong-ha strives to find the meaning of his life. Rather than depicting only the exciting moments of love, the film adds a touch of reality to it. 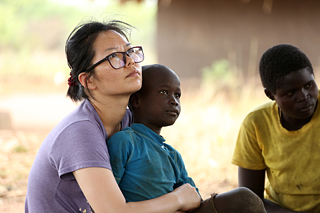 In a small village in Uganda live people who keep deep wounds inside them. Children suffer from the trauma of having seen their own parents get killed, and some do not even remember their parents’ faces. Kim Eun-hye is a missionary who keeps their side, looking after the villagers with love. However, Eun-hye herself keeps her own wound deep down her heart. As a child, she had to bear her father’s neglect for his family, being left to suffer in poverty. His only aim in life was to look after the villagers in Uganda, and to Eun-hye, it almost felt like he loved them much more than his own family.

As Eun-hye follows her father’s path, however, she gradually learns the meaning her father sought in life. Eun-hye gives so much to the heartbroken villagers, learning that she could feel love just by giving it endlessly. As an omnibus film, the piece also tells the story of missionary Kim Young-hwa, who opens up the firmly closed hearts of children in Lebanon. The film is bound to bring tears to the audience’s eyes as all of the characters in the film live to help those who need it the most. 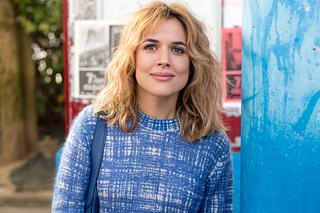 The film kicks off with Julieta, played by Emma Suarez, getting ready to set off on a trip to Portugal with her lover Lorenzo, played by Dario Grandinetti. On her way, however, she runs into her daughter Antia’s friend and finds out that Antia has reappeared in Madrid, Spain. Julieta has lost her daughter for 12 years, and now that she might encounter her long-lost daughter again, she decides to tell her girl her secret stories.

She thinks back to her past when she was immersed in the feeling of love and spent her days and nights in endless joy. She also reminisces about heartbreaking memories of breaking up and the devastation that parting had brought her. The film unravels dramatically as Julieta writes down her colorful past on a letter to her daughter. As the film carries on, it is up to the audience to guess and think about the reason why Antia left her mother 12 years ago.

Spanish director Pedro Almodovar has always been interested in stories about mothers and daughters, and is known to show shocking and provocative stories in his pieces. His unpredictable plot will mesmerize audiences once more. His representative works include “Women on the Verge of a Nervous Breakdown” (1988), “Talk to Her” (2002) and “All About My Mother” (1999). 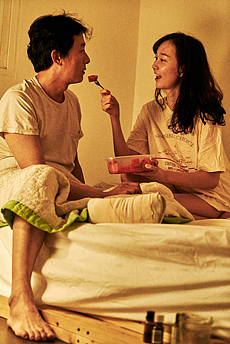 Director Hong Sang-soo, well-known for his unique style of depicting the daily lives of regular people without any spectacular plot, is back with another placid film. The director’s films are known to contain numerous scenes in which actors drink alone, and many of his fans say his movies urge viewers to drink alongside the actors.

To keep those with an empty heart company, “Yourself and Yours” is based on a couple in love named Young-su and Min-jeong, played by Kim Joo-hyuk and Lee You-young. The couple, however, are not one that lives each day happily or goes through any special incidents, but one that is easy to spot around us in real life. They fight over petty things like drinking issues - Young-su hates to find out when Min-jeong stays out late drinking.

One day, he brings up the matter to Min-jeong in bed, scolding her for drinking with another man. Min-jeong, unable to stand his criticisms, decides to leave Young-su for a while and quickly heads out the door. The movie carries on with Young-su wandering around trying to get his girlfriend back.