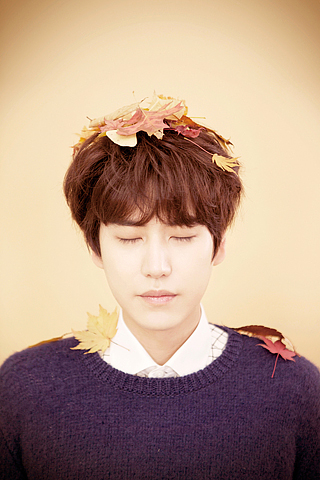 Singer Kyuhyun of boy band Super Junior released his double title tracks “Blah Blah” and “Still” from his latest mini-album “I Will Wait for You.”

The singer’s singles displayed an impressive performance on the charts, placing at the top three on all major music charts, while taking the top two spots on Genie and Bugs Music.

The singer’s first title track “Blah Blah” was produced by renowned musician and TV personality Yoon Jong-shin, and offers a ballad with mellow guitar and piano to compliment the singer’s voice. The lyrics describe the excitement of a man confessing his love.

His second single “Still” was produced by popular vocalist Sung Si-kyung, and is a pop ballad reminiscent of the 1990s. Sung was reportedly much more hands-on in his approach to producing the track, utilizing his experience to write the song.

Meanwhile, the singer’s latest music release is his last before he enlists for his mandatory military service next year.