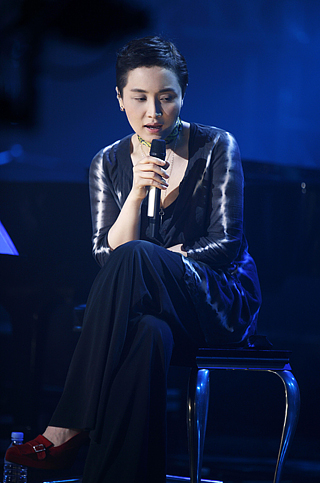 The legendary vocalist managed to take first place on charts including Naver Music, Soribada, and Olleh Music. The singer displayed an impressive performance on the charts despite competition from idol acts including Twice and BlackPink.

Her latest single was a collaborative effort with fellow singer Kim Dong-ryul, who composed the song. Netizens commented that Lee’s voice “sounds like an instrument” and “I’m starting to cry just listening to the song.”

Anticipation for Lee’s upcoming ninth studio album “Artwork” is starting to build up as fans got a taste of what is to come. The album is reportedly laden with features and collaborations from other exceptional artists as well. The release schedule for the record, however, is yet to be revealed.

Lee originally debuted as a member of music group Strangers in 1991. She released her critically acclaimed self-titled solo album in 1995, which included her smash hit “I’m Happy.”