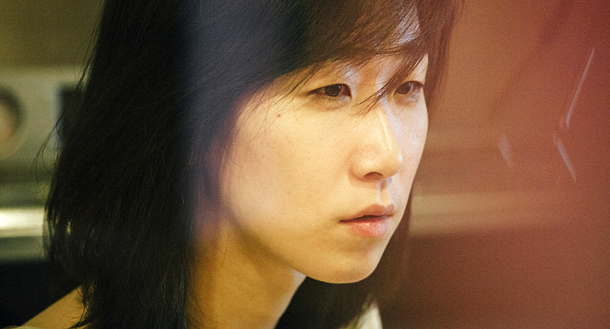 Lee Hyun-ju is a rookie director behind the romance movie “Our Love Story.” Against expectations, the 36-year-old’s first full-length film was a success and heads to local theaters next week. [INDIE PLUG]

“Will people actually come to watch this boring movie?” This is the question that rookie director Lee Hyun-ju, 36, asked herself before the release of her first full-length film “Our Love Story.” That concern, however, turned out to be unnecessary, as the seats for the independent romance movie were almost all sold out when it was screened at numerous film festivals, including in Vancouver, Warsaw and San Sebastian. After winning the Grand Prize at this year’s Jeonju International Film Festival, the film has garnered buzz and is headed to local theaters on Nov. 17.

Although the lesbian relationship featured in the film probably caught the attention of many, as same-sex couples are not commonly seen in films made by local directors, sexual identity is not what Lee focused on. Instead, she simply wished to feature “a familiar love story that reminds the audience of their past love” just like any other romance film, except for the slight difference that the protagonists are women.

“Being a lesbian is just like the color of your hair,” Lee said in an interview on Wednesday. “It’s just one out of thousands of aspects that define who that person is.”

Revolving around quiet Yoon-ju, a graduate student of fine arts, and bold Ji-soo, who works as a part-timer at a bar, the movie tells the story of the excitement of falling in love, heartbreak, and eventually coming-of-age. The film shows that “anyone can be miserable when it comes to love.” 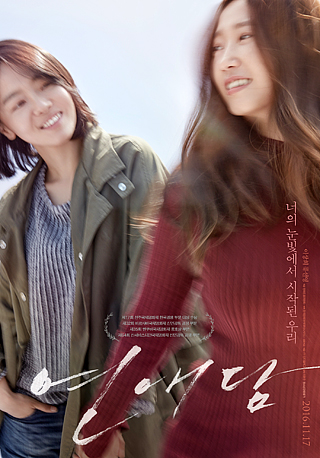 Lee sat for an interview with the Korea JoongAng Daily to discuss her upcoming film and her career.

Q. What motivated you to direct “Our Love Story?”

A. I’m very much interested in people’s relationships. Instead of touching on a big event, I wanted to show relationships among people. This thought naturally led me to do a romance film, as I believe love is the best way to feature relationships. I also liked how romance allows me to tell a coming-of-age tale, as people’s personalities and thoughts often get influenced by who they date.

Your previous short films “Distance” and “Ordinary Family” are also LGBT-themed movies. What’s the reason behind the consistency?

Same-sex love is something that is not commonly dealt with in Korea. It’s something that’s implicitly not allowed here. However, there are people with different sexual identities [in Korea], but their lives are not publicly disclosed. I wanted to do something provocative and do something that I shouldn’t do. For me, following the direction that society tells people is right is not fun.

What did you try to focus on or what thoughts did you have when working on the film?

I didn’t think there would be much difference between same-sex and heterosexual couples. Some queer movies attempt to approach from the point of view that same-sex couples should be respected and socially accepted. In “My Love Story,” however, I wanted to say that a same-sex relationship is not much of a big deal and that such couples are no different from heterosexual couples when it comes to love. Many queer films that I watched invested much time on explaining lesbian’s culture such as by portraying a lesbian club. But in my movie, I realistically show the actual lives of a lesbian couple living in Korea. To do so, I approached it from an observer’s perspective, and thereby, I neither divided scenes into many shots nor did much editing

Your film was invited to several film festivals both domestically and internationally. How was it received and how different were the responses?

Responses differed depending on a country’s culture. In Korea, there are lesbians everywhere, but it seems like they’re nowhere [as they oftentimes are not out publicly]. Since there hasn’t been a local lesbian movie dealing with their lives, the movie was widely welcomed by many here. In Canada and Spain, where locals are very used to homosexuals, the audience couldn’t really understand why a character tries to hide her sexual identity especially from her father. In Poland, however, where a person can be beaten to death for being a homosexual, the audiences were more critical.

Do you have any plans for the next movie?

I’m still thinking about it. All of my works so far are queer films. So, I will probably do something different next time. I’m mulling over touching on the lives of outsiders. Something that’s not ordinary. But nothing has been determined yet.