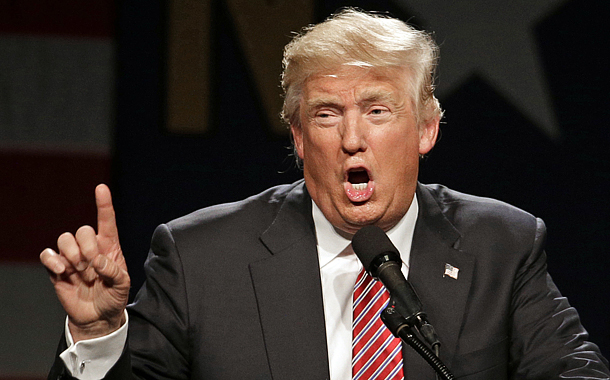 South Korea was assured of a “steadfast and strong” alliance with the United States by U.S. President-elect Donald J. Trump in a phone conversation with President Park Geun-hye Thursday.

According to the Blue House, Park spoke with Trump for about 10 minutes Thursday morning. “We are with you all the way and we will not waver,” the Blue House quoted Trump as saying in describing Washington’s policy toward Seoul under his presidency.

After congratulating Trump on his victory, Park stressed the importance of the Korea-U.S. alliance, calling it the “cornerstone for peace and prosperity in the Asia-Pacific region,” the Blue House said. She also expressed her hope to further strengthen and develop the alliance for the common interests of the two countries.

Concerns were high in Korea that the military alliance, started in 1953, will face radical changes under Trump. During the presidential campaign, he repeatedly said South Korea doesn’t pay enough for its own defense and the presence of U.S. troops in Korea doesn’t guarantee peace.

He also said he was open to South Korea and Japan having their own nuclear weapons to defend against North Korea, indicating that the American nuclear umbrella in the region could be withdrawn if allies don’t pay the United States more.

He has consistently emphasized a will to consider withdrawing U.S. troops from the region.

The Blue House said Park stressed that the North’s nuclear and missile threats are the biggest challenge to the Korea-U.S. alliance, and close cooperation between Seoul and Washington is crucial to prevent Pyongyang’s provocations. She also reminded him that the North has a history of carrying out provocations during the transition period between U.S. administrations.

According to the Blue House, Trump said he agreed with Park’s remarks “100 percent,” and promised that the United States “will be steadfast and strong with respect to working with [South Korea] to protect against the instability in North Korea.”

Park said she looks forward to meeting Trump in the near future for a more in-depth discussion and invited him to visit Korea soon. The Blue House said Trump expressed his appreciation. “I am with you,” he was quoted as saying.

The Blue House also said Trump stressed the importance of the alliance by saying, “We will all be safe together.” The conversation also included some icebreakers. Trump said he has a high appreciation of Korean products as he had a lot of experience purchasing appliances for his real estate business, the Blue House said. He also said he has many good friends in Korea.