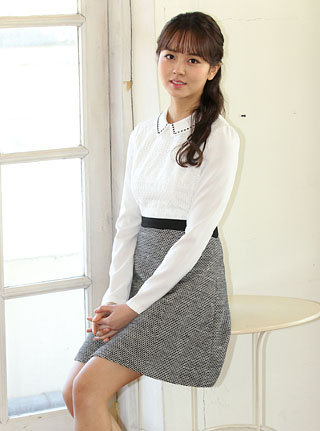 Actress Kim So-hyun will take the leading female role in the upcoming MBC period drama “Ruler: Master of the Mask.”

According to Kim’s agency Sidus HQ, the actress will star alongside actor Yoo Seung-ho as a woman named Lee Ga-eun who falls in love with Yoo’s character, despite her original intention of taking revenge on him.

The drama was described as a “factional” period drama, taking inspiration from actual historical figures from the Joseon Dynasty in the 1700s. Yoo will play the character of the Crown Prince who must fight against an organization that privatizes water over the eight provinces.

“Yoo will play a character that becomes a ray of hope for his suffering people, and is ready to accept death for the love of his life,” said the drama’s producers in October. The crew said they will enter into the filming stage of production as soon as the entire cast is confirmed.

Kim originally debuted as a child actress for short drama specials on KBS. She achieved mainstream success after starring on the explosively popular MBC drama “Moon Embracing the Sun” in 2012.