Sharing how to be ‘Happy as a Dane’ : Author Malene Rydahl gives readers a peek into Denmark’s unique lifestyle

Sharing how to be ‘Happy as a Dane’ : Author Malene Rydahl gives readers a peek into Denmark’s unique lifestyle 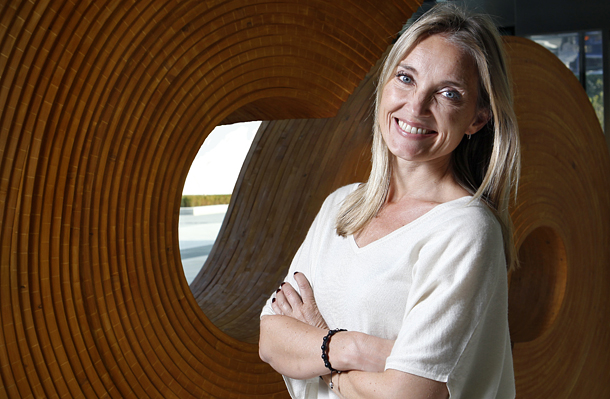 Malene Rydahl, the author of “Happy as a Dane,” poses for Korea JoongAng Daily. It’s been a year since she left the corporate world and became a full-time writer to share what the Danes can teach us about happiness. She says her next book will also delve into happiness through its illusions like beauty, money, power, fame and sex. [PARK SANG-MOON]

There are certain things that Koreans usually excel at: like getting things done quickly and precisely, for instance.

But being happy isn’t a particular strength of Koreans, and there are statistics to prove it.

But, Malene Rydahl, who calls herself an ambassador of happiness, may be able to help. 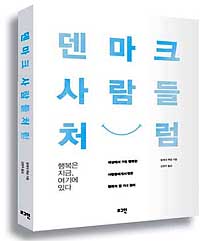 Korea was one of the first countries to introduce “Happy as a Dane.” [LOGINBOOK]

After 18 years in various positions in the corporate world - at companies like Hyatt Hotels & Resorts and Bang & Olufsen - Rydahl became a full-time writer last September in the hope of sharing the secret of happiness through her Danish roots.

Despite the long and dark winters and notoriously high taxes - at almost 60 percent - Denmark usually comes in at the top of most of the happiness rankings. It also ranked number one on the UN’s World Happiness Report this year.

Speaking to Korea JoongAng Daily, Malene Rydahl said that the three pillars of Danish happiness are trust, the freedom to be you and finding purpose in life. She, however, emphasized that these are not Danish values but human values, adding that many Koreans she has met shared these values.

Her first book, “Happy as a Dane,” was published in April 2014 in France and became a bestseller in the country. Today the book has been translated into 12 languages. Below is an edited excerpt of an interview with Rydahl.

Q. After your book was published in France, it has been published in Japan, Korea and Taiwan. Why do you think it’s getting noticed in East Asia?

A. Maybe it’s mutual love. (laugh) I’m very attracted to Asian culture, even though there are many differences among different countries. I think the fascination of the Danish model is big because it’s so different [from the East Asian model]. It was surprising to me too, because Japan, Korea and Taiwan were the first countries to publish my book after France, when it could’ve been European countries. I think they are particularly interested in parts about trust, educational system and work-life balance.

You’ve been in the corporate world for 18 years. What made you become a full-time writer? Do you have any regrets?

I actually wrote my book while I was still working at the Hyatt. I wrote my book not because I wanted a new career but because I wanted to share where I come from, and because my perspective as a Dane who is not living in Denmark anymore is unique. Somehow the planets just got in line for this book. It came out. It sold out. Things kept happening to me [thanks to the book] that gave meaning - reactions from people, letters I got. So I felt that I have something more important to do, that I could contribute to the world. So to answer your question - no, I don’t have any regrets.

What’s the biggest lesson you learned from your experience in the corporate world?

I think the biggest lesson I learned is that you have to do something you feel passionate about. If you don’t have that as the base, it’s difficult to work in the corporate environment - with all the politics and regulations. Also, the thing you need to learn the most when working in an organization is the human skills: Relating to others and trusting each others. I also observed how when you let people be free and be themselves, how much easier it gets; how much energy you get; and how much happier people are and engaged in what they do.

Why do think the Danish are happy? Do you think it’s in their genes?

There are some studies that say that. But I think part of it has to do with modesty. There have been some observations on how people correlate money with happiness. Generally you would think that the more you have, the happier you are. But it’s not like that in Denmark. They don’t aim for big ambitions of wanting to be the best. I think this modesty of wanting to be just okay gives you a little bit of peace. We have a saying that goes “it’s not winning that matters, but it’s participating.”

The part about trust is also very interesting: How in Denmark it’s easy to spot babies sleeping in their strollers in front of a restaurant, unattended, while their parents have a meal. Tell us more.

Some people would say “but nobody is watching the babies.” I would say everyone is. There is the sense of solidarity in Denmark, and there is a consensus in the way we related to each other. We want to have a common project and that’s why people are willing to pay so much taxes - we pay the highest taxes in the world. And survey says, seven out of ten Danes are happy to do that. So in Denmark you want to participate and make sure other people are well. You don’t just want for you, you want for the community.

It’s also interesting how the Danish citizens are the highest consumers of antidepressants in the world. Can you elaborate?

Many of happy countries display high consumption of antidepressants and it’s because these countries don’t have a lot of taboos. According to World Health Organization, 350 million people suffer from depression but only 20 percent are treated. The vast majority don’t get treated because they are ashamed and there is a stigma. You don’t want to admit it to yourself. You don’t want to admit it to your family and you certainly don’t want to make it official by going to a doctor. In Denmark, however, when you are depressed you go to the doctor, get treatment and you move on. Antidepressants don’t make people happy. They neutralize you. So you wouldn’t come out as a happiest country because of the effects of antidepressants.

The Danish model of gender equality is also very interesting. What can Koreans learn?

The interesting thing in Denmark is that we’ve also liberated the men. This is where the whole key lies to the balance of gender roles. If we only liberate the women, all responsibilities lie on her. For the balance, you also need to liberate the men so that he can leave early, take care of the house, or so he can be emotional, he can say I have pick my children up maybe once or twice a week [to his superior]. Soft men have a place in society in Denmark.

Can you tell me about your upbringing and the family and town you grew up in?

I’m very fortunate for two reasons. I believe scientists that say that 50 percent of your happiness is genetic; 40 percent is what you do with it; and 10 percent is what happens in your life, and genetically I was a happy baby. It doesn’t mean it was easy for me but I do have a positive, light spirit. I also got a lot of love. I think that combination makes you a strong person and gives you a good foundation to choose life that corresponds to who you are.

Last, what are your plans for next book?

I’m almost finished. It’s about illusions of happiness: beauty, money, power, fame and sex. Most people think these things might make them happy. So I want to look into these concepts that people thrive to get more and question does it really make them happy? It doesn’t.