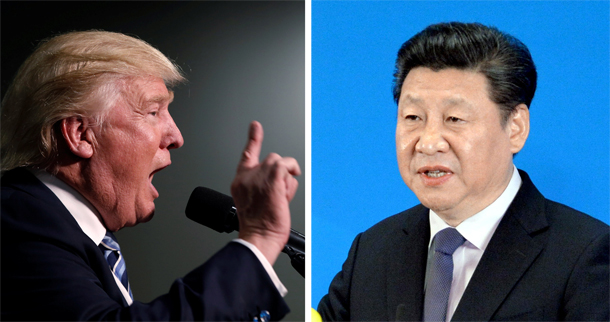 In February 2012, then Chinese vice president Xi Jinping visited the United States, and the Los Angeles Times declared that a “frenemy” has arrived. As Donald Trump has been elected the 45th President of the United States, he is also China’s frenemy.

Beijing is quick at calculation and is befriending Trump as he is a businessman who knows how to make a deal and compromise, whereas it showed enmity towards Hillary Clinton, who advocates human rights. Xi therefore promptly sent a congratulatory message.
“China is the world’s largest developing country and the United States the largest developed power,” it read. “Both, as the world’s top economies, bear the special responsibility of maintaining world peace and stability and boosting global development and prosperity.”

Xi called for a “new type of U.S.-China relations” by saying, “I place great importance on the China-U.S. relationship and look forward to working with you to uphold the principles of non-conflict, non-confrontation, mutual respect and win-win cooperation.”

Jeffrey Bader, former senior director for Asian affairs on the National Security Council in the Obama Administration, who participated in the transition team, focused the Asian strategy on the stable “management” of China’s emergence as a regional power. Since Xi Jinping came to power in 2012, China was beyond the “management” of the United States. Then Washington proposed its Pivot to Asia policy, and Japan confronted China by nationalizing the disputed Senkaku, or Diaoyu, islands in 2012. Xi suggested to Obama the “sharing” of the Asia-Pacific region.

A source knowledgeable in think tanks in Washington said that the pro-China experts’ presence disappeared since Xi Jinping took power.

The China policy market is dominated by those who are wary of China, he said. Trump may be a Washington outsider, but he won’t be able to ignore the prevailing tendency.

Korea is also in trouble. Some self-deprecatingly say that the professional golfer Choi Kyung-ju may be the only Korean who has meaningful contacts with Trump.

Korea cannot endure the era of frenemies. We need solid self-reliant national defense, economic stability and the restoration of our fallen national dignity more than anything.


*The author is a Beijing correspondent for the JoongAng Ilbo.