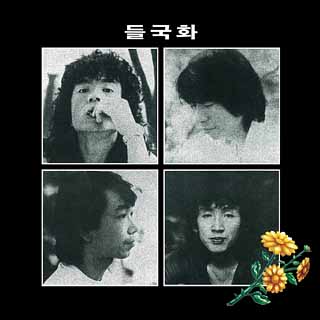 Legendary guitarist Jo Deok-hwan of the iconic rock band Deulgukhwa has passed away. He was 64.

The artist died on Monday after a three month battle with cancer. He was hospitalized after noticing pain in his body, and was discovered to have developed cancer in his small intestine.

The band is credited with introducing rock music to the Korean mainstream with their debut album in 1985. Consisting of members Choi Seong-won on bass, Heo Seong-wook on keyboard, Jeon In-kwon on vocals, and Jo on guitar, the band was at the forefront of the rock music wave of the late 80s. Their self-titled debut was selected as first in the Kyunghyang Shinmun’s list of the 100 Most Influential Albums in 2007.

The guitarist was a talented songwriter as well, having written many of the band’s most popular songs from their first album, including “The Train Heading Towards the World.” He was working on his latest solo album before being hospitalized.

His funeral is being held at the Yonsei Funeral Hall in Sinchon, western Seoul. His coffin will be borne out on Wednesday.