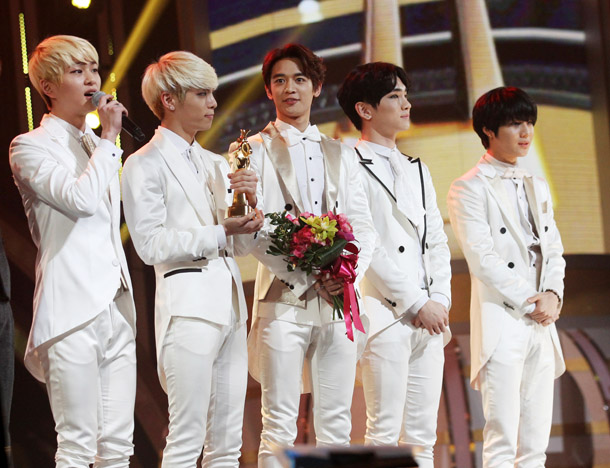 According to their agency SM Entertainment, not only does their recently released repackaged version of their latest album “1 of 1” contain these brand new tracks, but instrumental versions were included as well. The company said they hoped to introduce to fans the “high quality” of music that the boy band have on offer.

“The SHINee members are skilled both vocally and in interpreting songs,” the company said. “Though they have released many dance tracks, we wanted to make fans aware of their vocal talent as well.”

Their latest single “Tell Me What to Do” was well-received upon release, reaching the top spot on three music charts. The album is also getting positive reviews, with fans in particular praising the group’s bold move to drop a ballad amid a host of upbeat dance tracks from various acts dominating the charts, such as Twice, BlackPink, and Exo-CBX.