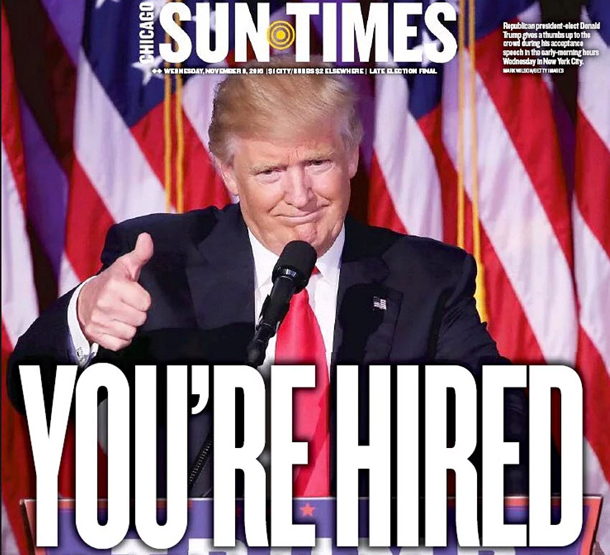 On Oct. 24, The Washington Post declared that “Donald Trump’s chances of winning are approaching zero.” The day before the presidential election, The New York Times put Hillary Clinton’s odds of winning at 84 percent. Most major American media outlets predicted a Clinton victory. But things didn’t turn out that way, and in hindsight, such wrong predictions could have been avoidable.

Since Franklin Roosevelt was president, a political party has only held the White House for as long as eight years. The only exception was Republican George H.W. Bush, who followed Ronald Reagan’s two terms. The eight-year cycle is due to fatigue over the administration. Regardless of performance, the passion of supporters subsides in four or eight years, while the dissatisfaction of opponents accumulates. Accordingly, it makes sense that after eight years of Obama, it is the Republicans’ turn to occupy the White House.

While the percentage of white Americans is decreasing, the American mainstream is still white. The Pew Research Center found that 69 percent of voters were white, 12 percent were black, 12 percent were Hispanic and 4 percent were Asian. A Washington Post-ABC News poll from Oct. 15 showed Clinton was 4 percent ahead of Trump. But the dominance of Clinton was based on distorted reality. Fifty-two percent of white voters supported Trump while 38 percent supported Clinton. Trump led Clinton throughout the campaign among white voters.

Moreover, Clinton was anxious in confronting Trump and the freshness he represented. According to The Washington Post, the Democratic Party had nominated a fresh face in every presidential election since 1972. The only exception was Al Gore.

What they all have in common is that each was an extremely fresh face. Carter was a peanut farmer in Georgia and was not nationally recognized until the primary. Bill Clinton was governor of Arkansas and the youngest governor to be elected at age 32. Barack Obama wrote history as the first African-American president of the United States.

While their political résumés were rather simple, they represented change. In contrast, Hillary Clinton was a familiar face, having been the first lady, senator from New York and secretary of state. As a Washington outsider with no political experience, Trump was a new and extreme card.

Throughout the presidential campaign, the mainstream media was under a hypnotic spell. The subjective justification of which candidate “should” become president blurred the objective prediction of who was “likely” to be elected. The lesson of the U.S. presidential election is that confusing opinion with reality can lead to misjudgment.