Special envoy is helping save the world’s cultural treasures

Special envoy is helping save the world’s cultural treasures 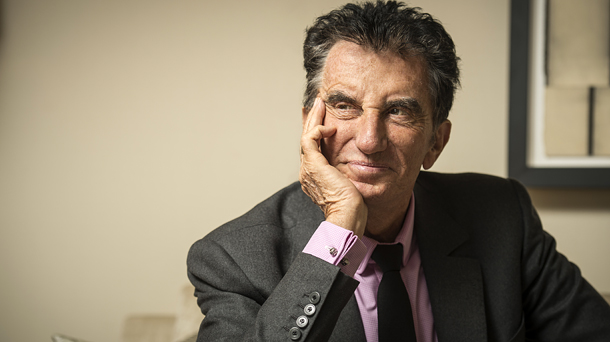 Under war and regional conflict, cultural assets are being destroyed in areas such as Afghanistan, Syria and Egypt, all homes to important historical sites. Until now, there was not much we could do except gasp at videos of these sites being ruined. To stop this anti-cultural movement, an international organization to protect cultural assets in troubled regions is under preparation.

The International Conference in Abu Dhabi on Heritage in Danger will be held for two days starting from Dec. 2. The event will be jointly organized by the French Government and the United Arab Emirates (UAE). The JoongAng Ilbo sat down with Jack Lang, the special envoy appointed by President Hollande to be in charge of preparing for the event.

He served twice as the Minister of Culture for France under President Mitterrand between 1981 to 1986 and 1988 to 1993. In 2013, he was again appointed by the current President Hollande as president of the Arab World Institute, a Paris based organization in which academics from Arab countries and France conduct research on Arab culture and values. Lang is a representative figure in the history of France’s cultural policy, having once said, “Culture is not object to trade, but to exchange.”

Lang also served as special envoy to North Korea and has great interest in the South’s mass culture. “Korea is making impressive outcomes in many areas such as movies, music, television series, etc.,” he said. He once visited Korea for the Busan International Film Festival and supported the Korean movie industry during the screen quarter issue, which raised controversy in 2006 when the government tried to reduce by half the screen quota, or the minimum time theaters must play domestic films, as part of the free trade agreement with the United States.

Q. Can you explain to us the background of holding this international conference?

A. As you know, a lot of cultural assets around the world are being destroyed by radical forces or war, as seen in Afghanistan, Syria and Egypt. The primary global organization for protecting cultural assets is the United Nations Educational, Scientific and Cultural Organization (UNESCO). But they don’t have the material or technology enough to immediately react to every cultural crisis in the world. That is why we felt the necessity to set up a special fund for such purposes.


How is the preparation going so far?

We are trying to raise funds from both public and private sectors around the world, as well as working closely with UNESCO. One focus will be on prevention while the other is restoring stolen cultural assets. Other businesses in preparation include selecting cities in which endangered cultural assets will be kept and developing technology to restore and protect damaged cultural assets.


What is your estimate on the scale of necessary funds?

Minimum of $100 million. France will invest $30 million. The United Arab Emirates promised funding, too. We will submit requests to other countries, as well, along with private organizations and world banks. Our plan for now is to make concrete results from the upcoming conference to be selected as a resolution at the United Nations Security Council.


Was there a specific reason or motivation on how France and the UAE got to hold the event together?

Not in particular. It’s just that the idea came up during the many conversations we had before the opening of the Louvre Museum in Abu Dhabi.


And the headquarters for managing the fund — where will it be?

In Geneva, Switzerland. We already acquired approval from the Swiss government, which promised to give us benefits such as tax cuts.


Is there a model you referred to?

The Global Fund to Fight AIDS, Tuberculosis and Malaria based in Geneva. Its funding is going very well: A lot of countries are offering support and the World Health Organization is actively cooperating with it. We hope the same will happen for the funding of cultural assets.

I’m already doing a lot of things so I don’t plan to step forward as chairman. We still have to pull in more experts to compose a board of directors and nominate a chairman as well as a secretary general, both of which will be taken by people who are globally renowned and trusted.


What kind of new technology will be used?

The development of science nowadays is amazing. In France, there is a start-up named Iconem whose CEO is an engineer and archeologist. He developed the technology to restore ruins or valuables in 3-D. Using drones, the company first films a specific area then makes them into 3-D videos, including sites in Afghanistan and Syria’s Palmyra. Other data such as books and testimonies are also carefully used for accurate restoration. This company is scheduled to hold an exhibition in France starting on Dec. 15.


What do you expect from Korea in this project?

From an intellectual and political point, Korea’s participation itself is of foremost importance. Korea is a country that has gone through much historical pain. It was once dominated by a foreign country and has experienced destruction multiple times. Nonetheless, it rose to become a strong country in only 60 years. I believe Korea can show a certain form of international solidarity in this conference. In what form it should participate is a question that depends on Korean leaders.


Did you select cities in which endangered cultural assets will be stored?

There is an annex of the Louvre Museum in Lens, a city situated at the north of Paris. Right next to Lens, there is a region called Lievin, in which a storage purposed for keeping cultural assets is planned to be established. This is one of our candidates we are thinking of suggesting to the Abu Dhabi international conference when discussing the venue for storing cultural assets.


Can a Korean city make it into the list?


You are currently serving as president for the Arab World institute. Were you always interested in Arab culture?

Arabic culture is one of my many cultural interests and I consider myself an international person. The Arab World Institute was made under President Mitterrand in 1980 and acts as a bridge to Arab culture. We organize many conferences and exhibitions which attract approximately 15 million visitors every year.

We are aware that the French government played an important role in 2009 when they returned, or long-term loaned, the Outer Kyujanggak library, which was in France since the 19th century when the French Army took several cultural assets during its attack to Gangwha Island in 1866. What message does this send on the issue of returning cultural assets taken away from its original country?

It is my personal belief that cultural assets taken during war or colonial control should be righteously returned. In case of the Outer Kyujanggak library, it used to be kept inside the Paris National Library until they were found by its librarian, Park Byung-sun. At the time, I was the Minister of Culture in France and after hearing her story, I made efforts to return the library to Korea, although the process was bumpy. I think other countries should make efforts to return cultural assets to their original owners, as well.