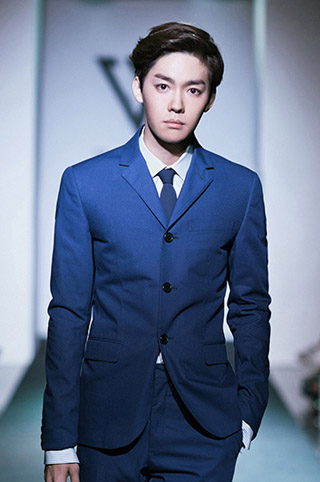 According to the singer’s agency YG Entertainment on Thursday, Kim was cast as a member of artistic director and choreographer Ahn Ae-soon’s adaptation of “Le Petit Prince” as the titular character.

The KNCDC said they cast the idol singer due to his image befitting the role of his character, as well as “noticing his passion” for dance.

“Kim is currently hard at practice with the other dancers, and we expect him to provide an expressive performance,” KNCDC said.

The production is based on the famous French novella of the same name written by author Antoine de Saint-Exupery. Last year’s stage adaptation of this novella became a hit with audiences due to the combined use of modern 3D technology with flawless choreography.

Kim officially debuted as a member of his boy band in 2013 after his team won the Mnet reality show “WIN: Who is Next.” They are currently on break due to health problems with band member Nam Tae-hyun.

The singer will appear on stage for five shows at the CJ Towol Theater located inside the Seoul Arts Center in Seocho District, Southern Seoul from Dec. 9 to 11.