Ji on action, romance and comedy

Ji on action, romance and comedy 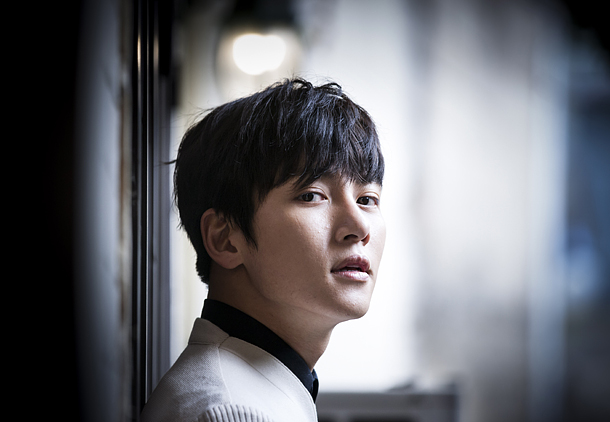 In tvN’s action thriller “The K2,” which ended earlier this month, actor Ji Chang-wook won the hearts of many viewers. But after going through months of rigorous shooting, Ji now hopes to take a shot at other genres.

“Male actors generally imagine themselves starring in action scenes at least once in their lifetime,” says Ji during an interview with the JoongAng Ilbo, an affiliate of the Korea JoongAng Daily.

“When I was young, I enjoyed watching the film ‘Fist of Fury’ [a 1972 martial arts film starring Bruce Lee]. I’ve always liked engaging in manly activities, but if I do another action piece, I think both viewers and myself might grow tired of it.”

In the drama, Ji plays the role of Jae-ha, a bodyguard who protects two women, Anna and Yoo-jin, who are in a hostile relationship.

One of the main action scenes in the piece involves a fight between Jae-ha and numerous other men in the nude.

“The scene was taken on the first day of shooting,” says Ji. “I was worried that it would look a bit grotesque, but the scene turned out to be quite natural. The director had originally intended to make it a comical scene, but changed his mind on the spot and decided to make it look fancy.”

Other than thrillers, Ji mentioned that he would also like to take part in romantic comedy pieces.

“Many people asked me how I felt about appearing in romantic comedies,” says Ji. “It’s surely a new genre for me, so I think I’d feel a bit nervous. What worries me is the ‘comedy’ part. I reckon it wouldn’t be easy to make people laugh without using slapstick humor.”

The two female roles of Anna and Yu-jin were each taken by singer-actor Yoona from Girls’ Generation and actor Song Yun-ah.

“The relationship between the characters, especially Yoo-jin and Jae-ha, was quite interesting,” says Ji. “Yoo-jin wanted to conquer Jae-ha’s heart, but all he felt for her was pity and sympathy. For him, Yoo-jin was nothing more than a friend or a business partner.

I would also call it both love and hate because he wasn’t definite in showing his feelings. It was like a tug-of-war, skipping between the boundaries of two conflicting sentiments.”

Ji added that acting with the two actresses was quite different.

“Many scenes I took with Song had a tense atmosphere,” says Ji. “It almost felt like I was having this mental fight with her. I was so nervous that sometimes, when I tried to concentrate, I felt exhausted. But there were many more comfortable and sweet scenes with Yoona.”

Apart from his script and character, Ji puts a lot of emphasis on confidence when choosing whether to appear in a piece or not.

“No matter how captivating the story and character might be,” he says, “it worries me when I’m not sure if I could perform the role well, since I get paid for doing it.”