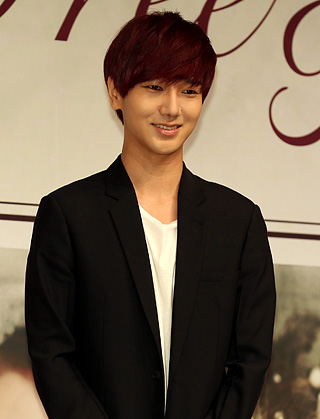 Singer-turned-actor Yesung of boy band Super Junior will be expanding his acting resume with a new role.

According to Ilgan Sports on Friday, the boy band member was cast in the upcoming OCN drama “Voice.” He will star alongside veteran actors Jang Hyuk and Lee Ha-na, who were cast in the leading roles.

The upcoming crime thriller drama will be about police officers in a 112 emergency call center in a precinct with the lowest crime rate in the country. Jang and Lee’s characters will team up to solve a mystery to find a gruesome serial killer who murdered their loved ones. The boy band member will play the role of a “genius” policeman, according to the show’s producers. His role in the plot is yet to be revealed.

This is the singer-turned-actor’s second acting role after his appearance on the JTBC drama “Awl,” which aired last year.

The singer debuted as the lead vocalist of his popular boy band in 2005. He recently unveiled his solo record “Here I Am” in April.