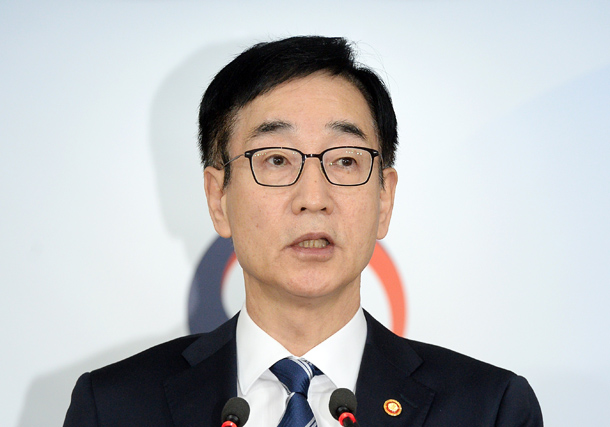 The Ministry of Education announced Friday that Chung Yoo-ra was granted “special treatment” in her admission to prestigious Ewha Womans University and also in her test scores and class attendance records, confirming a tsunami of allegations about the pampered 20-year-old daughter of presidential friend Choi Soon-sil.

For eight of her courses at Ewha, Chung didn’t attend a single class — but got credit for them all.

Separately from any school penalties, the ministry said it would negotiate its own punitive measures on the staffers by early next week.

The announcement was made during a press conference that concluded a three-week probe that was launched in the wake of an influence-peddling and abuse of power scandal involving President Park Geun-hye and Choi.

Chung, the ministry said, wasn’t qualified to gain admission to Ewha as a dressage athlete. A different athlete who was qualified was denied acceptance so there was room for Chung.

The reason for her disqualification was: “Lacks any potential to improve because her heyday is over.”

The ministry will also ask prosecutors to investigate former Ewha President Choi Kyung-hee, who resigned last month over mounting allegations that she orchestrated the special treatment. Ewha, located in Seodaemun District, western Seoul, might have some of its government subsidies reduced, said the ministry.

Ewha said in a statement that it would “take into consideration” the Education Ministry’s order and carry out appropriate measures upon wrapping up its own probe.

On Wednesday, the Seoul Metropolitan Office of Education confirmed that Chung received special treatment on her test and class attendance scores in middle and high school. Those were the results of a separate probe that dug into her younger years.

Seoul’s education authority said it would revoke her diplomas and punish school staff that were involved in the plot.

Chung’s history at Ewha began in September 2014, when she applied for a spot available for students with a special talent in sports. The deadline for applications was Sept. 15. But after Chung won a gold medal in the team equestrian competition at the 2014 Asian Games on Sept. 20, she called the university and asked whether she could get credit for her new achievement.

Before she was called in for a final interview, Ewha’s admissions chief ordered her evaluators to “qualify the student who earned gold in the Asian Games,” the ministry said. Chung personally brought her gold medal to the interview and asked the interviewers if she could show it to them. She displayed it on the table.

In the three semesters she studied at Ewha, Chung failed to attend a single class in eight of her courses. But she got credit for all those courses. In one class, Chung’s professor submitted a final report on her behalf.

Chung is also suspected to have ordered someone else to take an exam for her.

Chung is currently in Germany. She has been on a leave of absence from Ewha since September.

Choi Soon-sil’s lawyer has urged Koreans to “understand” Chung’s circumstances. She should not be involved in her mother’s investigation because she is “too young to bear the hardships of the times,” the lawyer said.