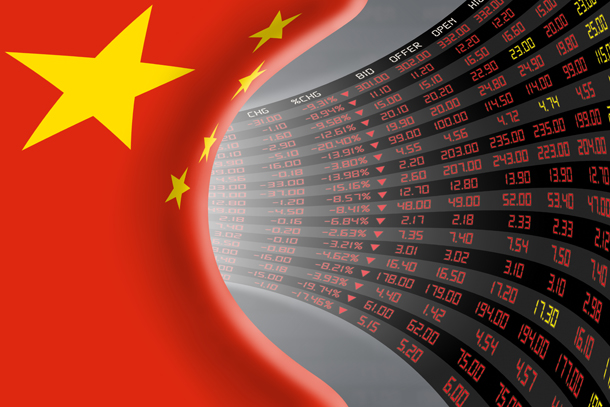 In the five months after its launch in April 2015, the cross-border trading channel had attracted 4.4 trillion won ($3.7 billion) from Korea, according to the Financial Supervisory Service.

But the honeymoon came to an abrupt end when the Shanghai stock market crashed in June 2015, and intervention by Beijing only made things worse.

Korean investors are once again sifting through clues of both the potential and the risks of putting bets on a number of fast-growing tech, healthcare and energy companies. 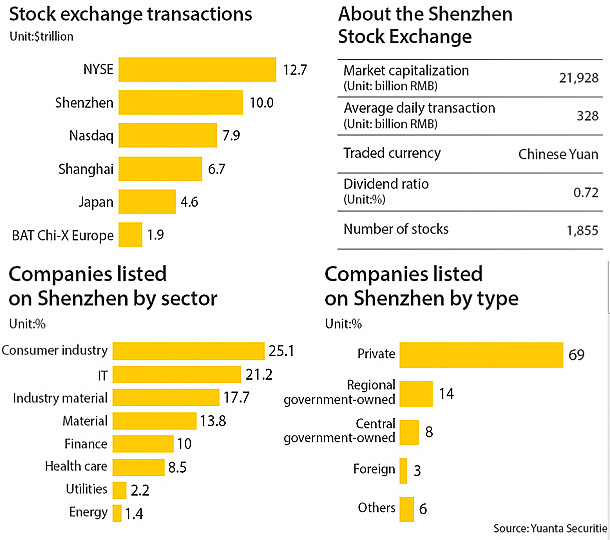 But this time around, they are being far more cautious.

“When the Shanghai-Hong Kong Stock Connect was about to be launched, we got a lot of calls from clients with questions or requests for consultations,” said a private banker working at Daishin Securities.

“But this time, investors are not as enthusiastic because they remember the losses from the Shanghai stock exchange.”

After the Shanghai stock turbulence in the summer of 2015, Korean investors cut back. Investments were 90.4 billion won in the fourth quarter of 2015, a 19.6 percent decrease from the previous quarter.

But some analysts say investors should take a different approach toward the Shenzhen-Hong Kong link.

“Shenzhen is widely regarded as being a bit like the Nasdaq or Kosdaq,” said Kim Kyung-hwan, a researcher specializing in China at Hana Financial investment.

“While many of the Kospi indexes remain stuck, the companies listed on the Shenzhen Stock Exchange show the highest growth rates among Asian companies,” he said.

The link will add 880 companies to the 567 available to international investors on Shanghai-Hong Kong Connect. Combined together, the two Connects will cover about 70 percent of Chinese market capitalization.

When the link comes into effect, foreign investors will be allowed to buy Chinese A-shares listed in Shenzhen in a less restrictive manner than previously. In return, investors in China will be able to purchase stocks listed in Hong Kong. 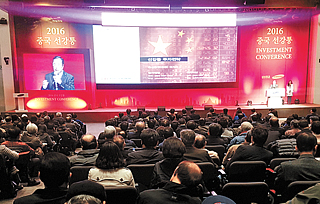 Choi Seol-hwa, an analyst at Korea Investment & Securities, said that many Shenzhen stocks have relatively high valuations, which could signify good growth potential - or bubbles.

“Compared to Shanghai, the Shenzhen-listed shares have higher valuations even though their market cap is smaller,” Choi said.

“The median price-earnings ratio for Shenzhen shares is twice as high as that of Shanghai.”

Goldman Sachs warned that the risks of investing in Shenzhen can be higher, since growth prospects were likely already priced into high valuations.

It also noted that the market was dominated by retail investors, a factor that will increase market volatility with stocks being more speculative.

This is why analysts suggest that investors hold long positions in Shenzhen stocks.

“One should buy Shenzhen stocks with a long term view in a way that diversifies an investment portfolio,” said Lee Yong-cheol, a team leader of global business division at Yuanta Securities.

The seminars typically took place in Seoul, but the companies also held them in other locations across Korea.

Yuanta Securities, a brokerage house owned by Taiwan’s Yuanta Financial Holdings, touts its networks in China, which do research on the Shenzhen link.

While the securities companies acknowledge that some investors are cautious because of last June’s stock crash and subsequent losses, they noted that the Shenzhen channel will widen investment opportunities.

“On the Kospi, investors have few options with significant growth potential,” said a spokesperson at Yuanta Securities.