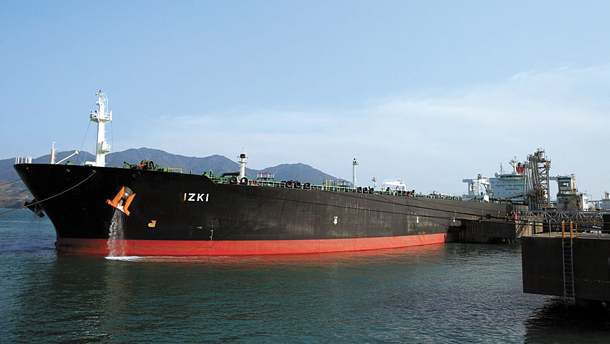 After the United States lifted its 40-year export ban on oil last December, GS Caltex was one of the first Korean refiners to import American crude, and on Sunday, a million barrels of shale oil from Eagle Ford, Texas, landed at the port of Yeosu in South Jeolla.

GS had purchased the oil in July this year after the export ban was lifted last December. The ban had been in place since 1975, when the United States was looking to secure oil and save itself from an oil shock. It was lifted mainly due to increased shale oil production in the country.

“We were able to import U.S.-produced oil as profitability was secured through the weakened price of Western Texas Intermediate and the fall of global crude shipping costs,” a GS Caltex spokesperson said Monday. “We plan to actively look for both economical and diversified sources of crude going forward.”

“The opening of the Panama Canal has significantly cut shipping days, and such reduction in shipping cost has increased the economic feasibility of importing U.S. crude oil,” said Lee Dong-wook, an analyst from Kiwoom Securities.

GS Caltex is importing another million barrels next month.

The purchase opens up the possibility of increased U.S. crude exports to Asian countries. After GS Caltex imported American crude, Chinese and Japanese oil refiners have also been actively reaching out to purchase U.S.-produced oil.