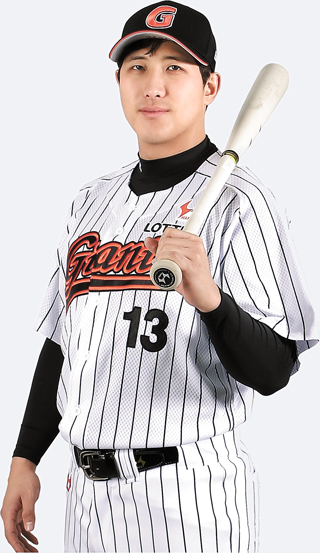 Hwang Jae-gyun, a free agent third baseman looking to take a crack at the Major League Baseball, recently showed what he’s made of in front of the Big League scouts.

Hwang, a third baseman from the Lotte Giants who turned free agent this year, hosted a showcase at the IMG Academy in Bradenton, Florida, on Monday, his latest step to find a new home at the Major League next year.

Some 30 scouts and staff for the Majors showed up at the field on Monday. The slugger from the Korea Baseball Organization performed a 60-yard dash and defensive and batting drills.

According to his agent, Han Lee, more clubs got interested in Hwang after he went to the United States. “Once he got here, several teams inquired about seeing him,” Lee said, according to Yonhap News Agency. “So rather than doing multiple workouts, we decided to do just one.”

Hwang piqued the interest of more MLB clubs after some local media began reporting his showcase, as well as his value as a free agent. MLB Trade Rumors reported the showcase, saying, “[Hwang] could be a relatively low-cost option at the hot corner this winter.” In addition, Jeff Passan, an MLB columnist for Yahoo Sports, listed Hwang 25th in his Free Agent Tracker for next season, categorizing him as a utility player “with power, speed, contact skills and flexibility.”

“About 30 to 35 staff and agents from 20 different clubs came to the showcase,” said Lee, more than Hwang’s agency and the player himself expected. It was reported that some of the visitors thanked them for hosting the showcase.

For the MLB clubs looking for a player to cover the infield, Hwang is an appealing option. As a free agent, he does not need to go through the posting system, which cuts down on the investment a Major club has to spend in order to reel him in. Last year, Hwang tried his bat at the MLB through the system, but no club bid on him.