Im Kwon-taek given award in India

Im Kwon-taek given award in India 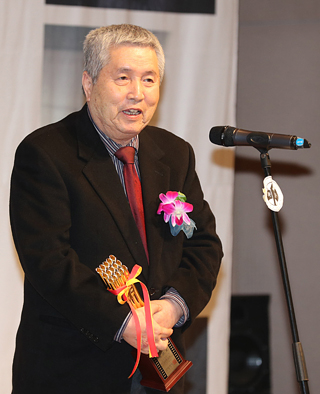 Filmmaker Im Kwon-taek has been honored with a Lifetime Achievement Award at the opening ceremony of the 47th International Film Festival of India (IFFI) on Sunday local time.

Held at Panaji in Goa, the 80-year-old said during the press conference that he was able to receive the award for his longtime effort and that he believes the award is a means of encouraging his career.

“I entered the film industry because I was suffering from hardships in life,” Im said. “It turned out I became a prolific director. Although I have put in lots of effort to come up with high-quality films, I was never able to make a perfect film that satisfies me. But I believe this reward is given for my effort and also as a means to encourage [my career].”

Meanwhile, South Korea has been designated as the country of focus at this year’s IFFI, which will run until Nov. 28. Kim Jee-woon’s “The Age of Shadows” will close the international film event, and 17 Korean films will be screened this year.