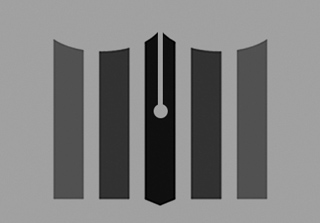 The world has become difficult to predict. Who could have foreseen the British vote to exit the European Union or the stunning victory of political novice and maverick Donald J. Trump over veteran candidate Hillary Clinton in the U.S. presidential election? It has become foolish to predict the future based on common sense, norms and conventional polling data.

Few would have imagined Korean President Park Geun-hye to fall so scandalously from grace. Park has been an iconic figure for being stubborn, domineering and aloof. But now, she is mocked as a puppet controlled by a cult family and now pinned as a potential felon for conspiring with her inner circle and abusing public power in contempt of state order. The moment she steps down from office either willfully or forcibly, she must head to the prosecution for a criminal investigation.

Yet she still has the audacity to stand against the public’s demands and the state’s authority. Displeased with the prosecution naming her a prime suspect, Park condemned the same prosecutors whom she used to dominate over as an establishment devoid of fairness and neutrality. She has refused to comply with a face-to-face interrogation from the prosecution even after she publicly stated that she would fully cooperate with investigations. We are utterly dumbfounded. She seems to see herself as a monarch in a feudal society.

To most Koreans, Park is no longer their president. She has completely lost political and moral weight and the ability to run the nation. It is outrageous for her to preside over cabinet meetings and represent the country overseas. She would be able to keep a little bit of her dignity if she stepped down as soon as possible and faced legal judgment.

There is no other way since she has chosen not to listen to the reasonable option of stepping aside and incrementally exiting to prevent possible disorder and other side effects from the sudden dismissal of a president. The remaining option is to force her out of office through impeachment. From the prosecution’s findings, an impeachment is just.

Unlike the unpredictable upsets of Brexit and Trump’s victory, Park’s debacle was somewhat foreseeable. The signs were apparent a long time ago, and many had issued warnings. An arrogant power that disregards the public’s voice is bound to fall. A lame-duck period is inevitable in a single-term presidency like Korea’s. Park should have watched herself before she was caught, but she didn’t.

The Pandora’s box of Park and Choi Soon-sil’s dirty excesses was open to the public eyes by fledgling broadcaster JTBC. They were forced to admit their acts after JTBC discovered a tablet PC belonging to Choi and aired its contents in October. Other media outlets had chased allegations surrounding two dubious nonprofits, Mi-R and K Sports, and gained factual evidence through the JTBC exposé. The president could no longer go on lying in the face of hard facts. She appeared on national TV and apologized. But her brief 90-second scripted apology only added more fury to a public already in disbelief.

The news staff of JTBC became stars. Cab drivers offered not to receive fares from JTBC reporters, and some restaurants treated them with free food and drinks. Citizens were happy that there was a news organization courageous enough to chase after the top power.

But it is, in fact, nothing to be proud of. If the media had played its rightful role of keeping watch and fighting injustice and irregularities, today’s mess would not have built up to its preposterous proportion. The media must also humbly accept criticism that it was merely having a field day upon seeing signs of weakness among the powerful. If there had been a few reporters that defied the presidential office’s order to keep to the script and asked the president what the public really wanted to know, our society could have been saved from today’s disgrace.

The prosecution should also share the blame. Even if the media performed its role, its endeavors would have been in vain if the prosecution did not take action. The prosecution had once again dithered with the Choi Soon-sil case, fearful of annoying the presidential office. It merely confirmed suspicions raised by the media and did not find much more from its investigation. Justice can be upheld when the media keeps watch and law enforcement takes action.