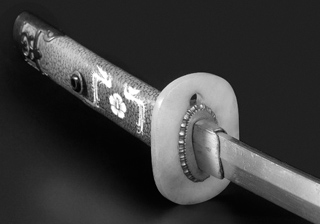 The dictator was in power for two decades when a political opponent was murdered. People took to the streets: hundreds, thousands, tens of thousands. An expose by a U.S. newspaper revealed millions of dollars of property owned by him and his family in the U.S. The president called a snap election. He won — but not convincingly. His military split and the mutineers called for the masses to come out into the streets to protect them from attack. The Catholic church encouraged the people.

It was the 1986 civilian uprising that put an end to the dictatorship of Ferdinand Marcos in the Philippines — the so-called People Power revolution. Marcos, his family and his cronies fled to the U.S.

On Jan. 20, 2001, protestors in the Philippines were in the streets again, marching towards the presidential palace. Joseph Estrada, the 13th president of the Philippines, was forced out of the office in a rerun of People Power. His vice president, Gloria Macapagal-Arroyo, finished his term and was elected in her own right in 2004 to serve until 2010. She was the first Filipino dynastic descendent: her father was the ninth Philippine president, Diosdado Macapagal.

Arroyo was hugely unpopular when I was in Manila working at the Asian Development Bank. The economy was bad and society insecure from terrorism and crimes. She also faced several impeachment attempts for election rigging and corruption, but was able to avoid the worst through her supporters in the Senate. Just before she stepped down, she cunningly named her spokesman as Chief Justice. She ran in a parliamentary election before her presidential term ended and became a member of the House of Representatives. She was arrested in November 2011 for electoral fraud. Corona was impeached by the Senate in May 2012 on corruption charges.

Happenings in Seoul these days resemble past ones in Manila. Korea took pride in being one of the most advanced democratic societies in Asia. Now its people are in utter disbelief that governing power was in the hands of a truly ridiculous cabal. The president and her inner circle helped themselves to power to fatten their wallets and then hide their wrongdoings. The people who believed the president to be uncompromising on upholding law and principles were utterly betrayed and demoralized. Calls for her to leave the office echo around the country.

Her wrongdoings must be investigated thoroughly by the state and independent prosecutors. Her exit must be orderly according to the impeachment proceedings defined by the Constitution. At the same time, various social systems must be fixed so that such a misfortune does not recur in this nation.

The Filipinos ousted corrupt presidents twice through People Power movements, but their living standards have not gotten much better. It wasn’t just the president, but the collusive network of politicians, businessmen, and an elite class that sustained corruption. The judiciary served the executive branch, and law and order remained biased.

The sad history of corruption and power abuse will repeat itself no matter who takes office if society is not fixed. There could be another Choi Soon-sil, “doorknob” aides, and corrupt officials riding on the favor of the president to embezzle public funds, coerce money out of companies, intimidate critics, and get children into elite universities through the back door. Chaebol will continue to hand money to the governing power to gain favors, and golden parachute appointments will continue to go on in public enterprises. The law will remain in favor of a certain class. It will ignore the powerless common man.

To end this legacy once and for all, ruling power must be divided. The almighty power of the presidential system must be reduced. Political leaders should muster public support and start reforming the Constitution to change the leadership structure from a single five-year term to a two-term presidential or vice presidential system or parliamentary cabinet system. The procedures of nominating election candidates and the election system also require scrutiny. The chaebol also are in perpetual need of reform.

The oversight on governing power must be strengthened. The media and civic organizations must keep a constant watch and report what they find to the public. The president must regularize meetings with legislative leaders, journalists and expert groups. Legislative hearings must become more active and improved. The state prosecution must be overhauled to do its job right.

Transparency in appointments must be ensured. The pool of candidates should be reviewed objectively and fairly without any pandering to people of certain backgrounds or with certain personal connections. Both the public and private sector must retain honest and capable people of holding responsible positions — and the corrupt must be driven out.

It is disheartening that thousands of young people felt the need to rush to the streets to protest. We owe them a society that’s cleaner and more just so they can be proud of their nation again. We must not stop with anger and hatred, but unite to make this country great.
Translation by the Korea JoongAng Daily staff.