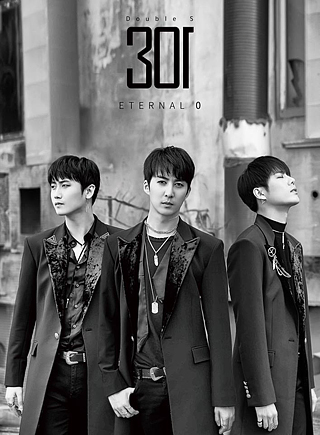 Boy band SS301 will be making a comeback next month with two versions of their upcoming mini-album.

According to their agency CI ENT on Wednesday, the group will unveil “Eternal 0” and “Eternal 1” on Dec. 9, which will conclude the boy band’s conceptual “Eternal” album series. The upcoming release has been highly anticipated by fans since it was announced that band member Heo Young-saeng took charge of writing and producing the entire record.

The three members of the boy band originally debuted as members of the five-man idol group SS501, which went on hiatus when all of its members left their former agency to pursue solo careers.

Additionally, the three members have a history of performing together as the sub-unit trio U R Man in 2009 when two of its members were busy with television and musical appearances.

Meanwhile, the remaining two members of SS501 Park Hyun-joong and Park Jung-min are currently serving their military duties. Whether the five members will reunite in the future remains unknown.